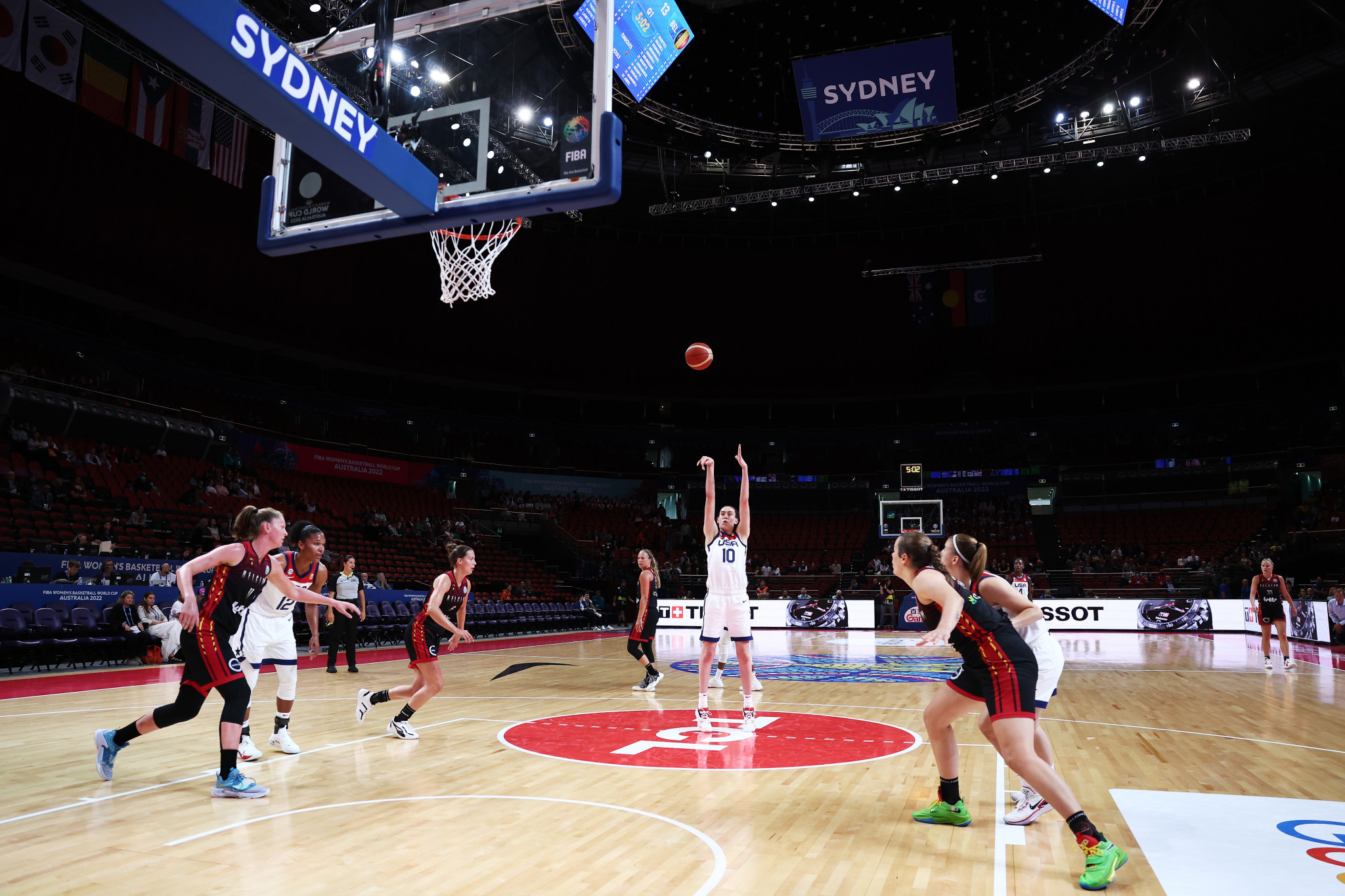 Holders the United States get off to a winning start on the opening day of the International Basketball Federation Women’s World Cup in Sydney, Australia.

The US are aiming to win a fourth consecutive title at the event and got their quest off to an ideal start with an 87-72 triumph over Belgium in Group A at the Sydney SuperDome.

Victory gave the US a 23rd consecutive win in the tournament, with the defence of their title overshadowed by the absence of Brittney Griner, who remains in prison in Russia, after being detained on charges of possessing drugs.

US coach Cheryl Reeve says Griner will be in the team’s thoughts during their campaign in Sydney, while the number 15 jersey, usually worn by Griner, will not be used during the tournament.

Also at the Sydney SuperDome hosts Australia were beaten 70-57 by France in a surprising result in Group B.

Gabby Williams impressed for France scoring 23 points, with their win ending a run of five consecutive defeats to the Opals in this competition.

Australia, who were beaten by the US in the final of the previous edition in 2018, had something to celebrate from the match as Lauren Jackson became the third player to net 600 points in the competition’s history.

China ran out big victors against South Korea winning 107-44 in Group A, while the other match at the venue saw Japan defeat Mali 89-56 in Group B.

Two opening day matches were also played at the Sydney Olympic Park Sports Centre, with Puerto Rico recording their first ever win at the tournament by overcoming Bosnia and Herzegovina 82-58 in Group A, with Ariella Guirantes scoring 26 points.

In the day’s other match at the venue, Canada battled past Serbia 67-60 in Group B.

Action is scheduled to continue tomorrow with six more group fixtures, including hosts Australia against Mali and holders the US facing Puerto Rico.