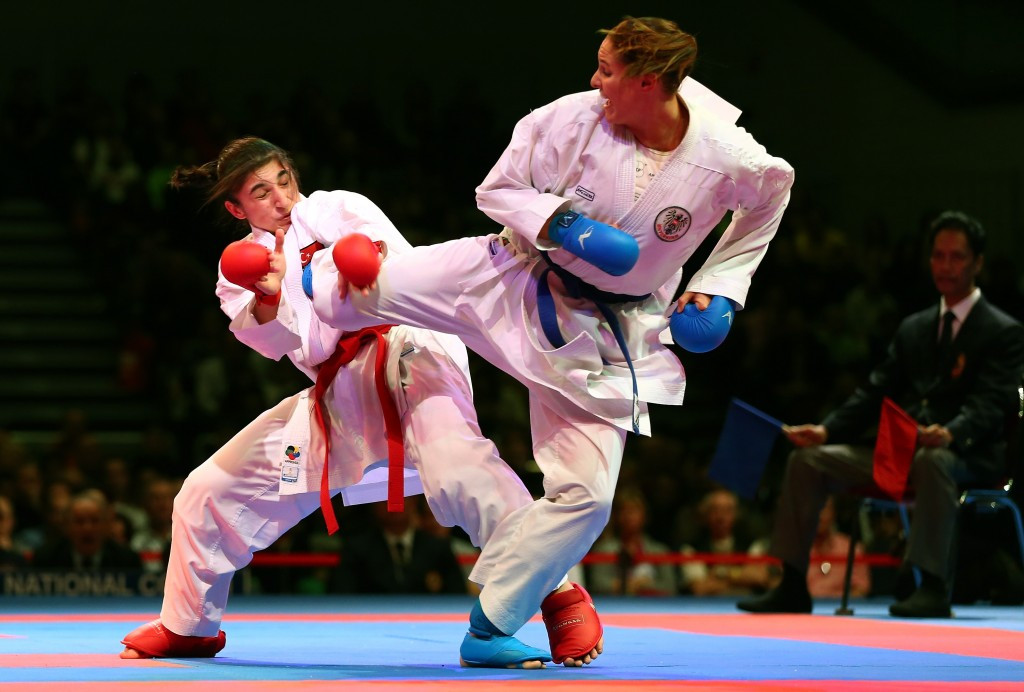 The World Karate Federation has announced the final list of athletes who have qualified to compete at the inaugural European Games in Baku this year.

The sport will feature 10 individual kumite events and two individual kata events, which will be contested by the field of 48 men and 48 women at the Crystal Hall in Azerbaijan’s capital.

Among those to compete at the Games, which take place from June 12 to 28, are Karate World Championships bronze medallist Alisa Buchinger, who is eyeing more success after becoming the first Austrian woman to win a European gold medal in the sport as she leads the under 68kg class.

Italy’s Luigi Busà will be one to look out for in the under 75kg after he claimed the silver medal at last year’s World Championships, as will be Azerbaijan’s multiple world and European gold medallist Rafael Aghayev and world bronze medallist Noah Bitsch of Germany.

European and world bronze medallist Evgeny Plakhutin of Russia will also be looking for a podium finish in the under 60kg competition, but will have to fend off the likes of Firdovsi Farzaliyev, who will be aiming for success on home turf.

Other athletes with a home advantage will be European champion Niyazi Aliyev, who will compete in the under 67kg event, and European silver medallist Aykhan Mamayev in the under 84kg contest.