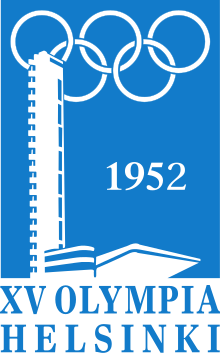 From the moment Paavo Nurmi, winner of a record nine Olympic gold medals between 1920 and 1928 and a man known as the original "Flying Finn", entered the stadium with the Olympic torch and passed it to Hannes Kolehmainen, his successor, these Games were destined to be unforgettable.

Jacques Rogge, President of the International Olympic Committee, has said the Helsinki Games "have a particular significance for the Olympic movement" because it was the first occasion in which the Soviet Union competed.

Their athletes stayed in a separate village but were treated well by the Finns, despite the fact the country was in the middle of a major reconstruction after losing two bitter wars against its massive Soviet neighbour. The Olympics allowed Finland a big boost to the nation's identity.

"There was a very special atmosphere which was created by this true love of sport by the Finnish people and the communion they had with the athletes," Rogge said.

"They were the first universal games of the Olympic Movement ... [that] allowed the reunification between East and West."

The star of the two-week event - with 4,900 athletes from 69 countries - was Emil Zatopek of Czechoslovakia, who won the 5,000 metres, 10,000m and the marathon, the only person in Olympic history to do so at the same games. To complete memorable Games for him, his wife Dana, also won a gold medal in the javelin.

One of the closest finishes of all time also was at Helsinki. In the 100m, four men were clocked in with the same time on the crushed red brick surface: 10.4sec.

Lindy Remigino of the United States, who was declared the winner after a photo finish, said inititally he thought he had been beaten. "I was sure I had lost the race," he said. "I started my lean too early.and I saw Herb McKenley shoot past me. I was heartsick. I figured I had blown it."

Helsinki, with a population then of 380,000, is the smallest venue of a summer Olympics to date, and Finland is the smallest nation to have organised them. But, sport-loving Finns packed out the stadium to overcapacity with 70,000 people.

The leading Finnish daily, Helsingin Sanomat, wrote in an editorial in 2002 to coincide with the 50 th anniversary of the Olympics that awarding the Games to Helsinki was "a great recognition and a massive challenge.

"Now 50 years later, we have sufficient perspective to evaluate the great significance [the Games] had for the self-esteem of a nation that had lost a war."

New International Swimming Federation President Husain Al-Musallam has promised sweeping change of the organisation, including a renewed focus on athletes, an increase in prize money and not tolerating discrimination, as Mike Rowbottom reports.