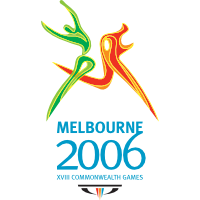 In 2006, Melbourne hosted its first Commonwealth Games and the country’s fourth.

Exactly 50 years earlier, the same city had hosted the biggest sporting event in the world, the Olympic Games. However, the 2006 Commonwealth Games eclipsed the 1956 Summer Olympics in terms of the number of teams and athletes competing and number of events being held.

The organisers of the Melbourne 2006 Games used the event to promote good causes. The mascot for the Games was Karak, a red-tailed black Ccockatoo - a threatened species -  and for the first time ever, the Melbourne 2006 Commonwealth Games appointed a Goodwill Partner, Plan International Australia.

One of the highlights of the Games was the appearance of the then 100 metres world record holder Asafa Powell. After much anticipation, Powell cruised to victory in a time of 10.03sec. His compatriot, Sheri-Ann Brooks won the women's 100 meters to announce the arrival of Jamaica as a dominant force in world sprinting.