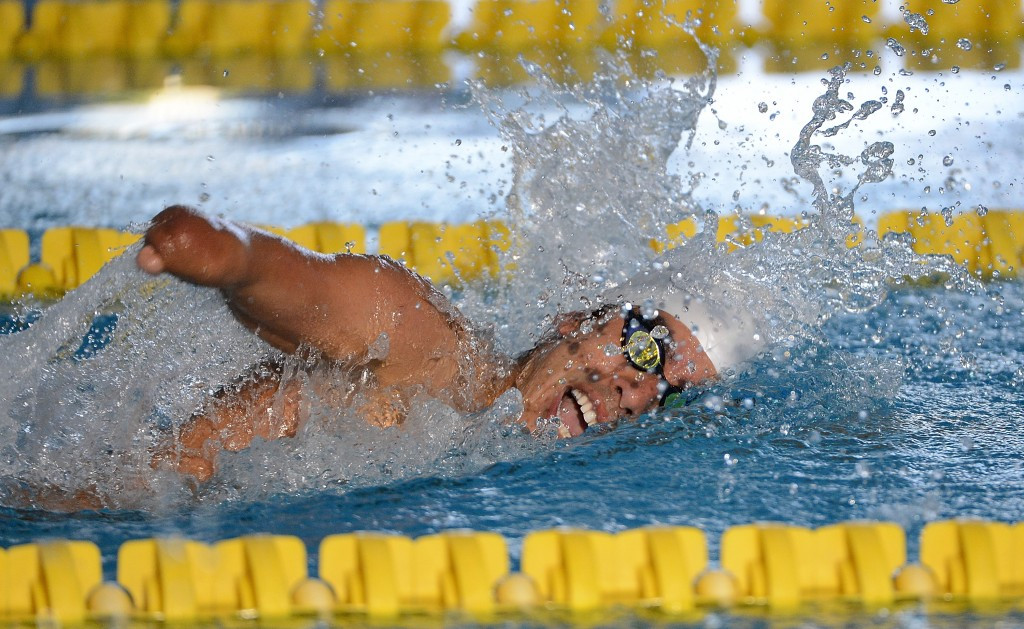 Dias, a 15-time medallist from across the Beijing 2008 and London 2012 Games, is the world record holder in nearly every event on the programme and the reigning world champion in six - the 50 metres backstroke, 200m medley, 50m freestyle, 100m freestyle, 200m freestyle and 4x50m relay 20pts.

The 26-year-old is set to face a strong challenge at the competition, which takes place from July 13 to 19 at the Tollcross International Swimming Centre, from Great Britain’s Andrew Mullen, the four-time European champion, particularly in the 50m backstroke with just over one second separating the pair last year.

His team mate and rival Phelipe Rodrigues, a silver and bronze medallist at the 2013 World Championships in Montreal, will fancy his chances having ranked as the number one 50m freestyle swimmer last year.

Susana Ribeiro, a 2013 World Championships gold medallist in the 100m breaststroke SB6, is among the high profile names on the women's side, along with Edenia Garcia, silver medallist in the 50m backstroke S4, and Joanna Maria Silva, a triple bronze medallist in S5 events.