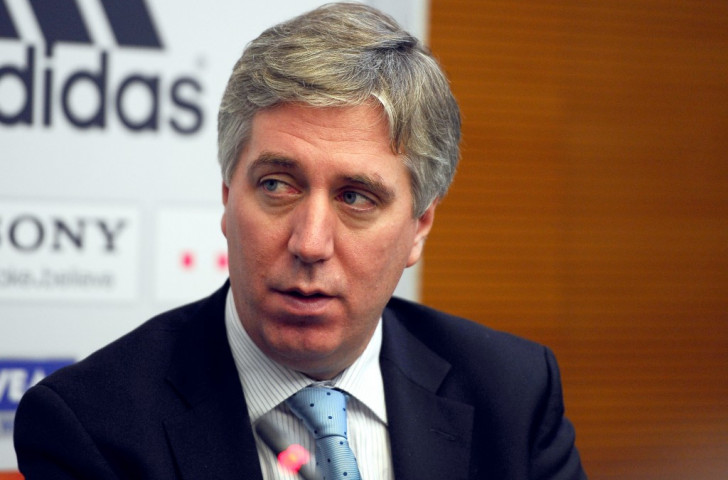 The Football Association of Ireland (FAI) received a substantial payment from FIFA in an attempt to prevent them from launching legal action against football’s governing body after Frenchman Thierry Henry’s handball cost the Republic of Ireland a place at the 2010 World Cup in South Africa, chief executive John Delaney revealed today.

In an interview with Irish station RTÉ Radio 1, Delaney confirmed they had accepted the payment but would not reveal the actual figure due to a confidentiality agreement, although it is reported to have been around €5 million (£3.5 million/$5.5 million).

The money was given to them following a heated row between Delaney and FIFA President Sepp Blatter.

“We felt we had a legal case against FIFA because of how the World Cup play-off hadn’t worked out for us with the Henry handball,” Delaney said.

“Also the way Blatter behaved, if you remember on stage, having a snigger and having a laugh at us.

“That day when I went in, and I told him how I felt about him, there were some expletives used.

“We came to an agreement.

"That was a Thursday and on Monday the agreement was all signed and all done.

The money was given to the FAI following Henry’s clear handball, which was picked up by television cameras but not spotted by the match officials, during the second leg of the Republic of Ireland’s World Cup play-off with France in 2009.

Henry then squared the ball for defender William Gallas, whose goal secured a 1-1 draw after extra time on the night at the Parc des Princes and gave France a 2-1 aggregate success.

The FAI were considering legal action at the time and they even suggested to FIFA that they participate at the 2010 competition as the “33rd team”, a proposal rejected by Blatter.

The news represents another substantial blow to world football’s much-maligned governing body, currently under investigation by American and Swiss authorities and has been embroiled at the centre of allegations of corruption for decades.

Last week, 14 FIFA officials were indicted by the United States Department of Justice on corruption charges, and it has since emerged that bribes were taken in the 1998 and 2010 World Cup bidding processes following testimony from former Executive Committee member Chuck Blazer.