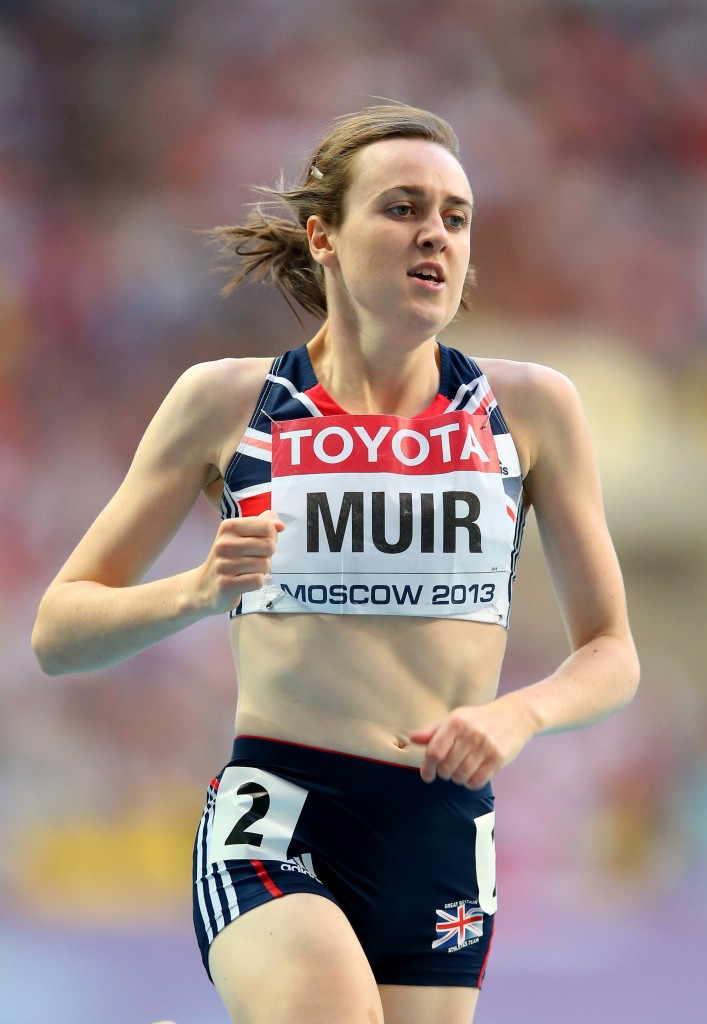 On a special night that was supposed to belong to established names such as Mutaz Essa Barshim, Bohdan Bondarenko and Genzebe Dibaba, the 50th Anniversary running of the Bislett Games - watched by illustrious past performers such as John Walker, Ingrid Kristiansen, Roger Moens, Henry Rono, Sebastian Coe and Steve Cram - will be remembered instead for three unlikely victors in Britain’s 1500 metres runner Laura Muir, China’s high jumper Guowei Zhang and Israeli javelin thrower Marharyata Dorozhon.

Muir, a 22-year-old Scot who is studying veterinary medicine at Glasgow University, produced the performance of the night in this International Association of Athletics Federations’ Diamond League meeting - a startling front-running effort which initially puzzled and eventually panicked a women’s 1500m field packed with world class talent.

Among her opponents were four who had run faster than her personal best of 4mi 00.07sec, including Sweden’s world indoor and outdoor champion Abeba Aregawi, who has run 3:56.54, and Kenya’s Faith Kipyegon, who has a best of 3:56.98.

Muir went up with the pacemakers from the start, and pushed on after they dropped out.

By the bell she had a lead of almost 40m, with the rest of the field, led by Kipyegon, waking up to the idea that they might just have made a horrible misjudgement.

The crowd rose to Muir as she faltered a little in the back straight, her lead narrowing to around 20m, but she found extra fortitude around the final bend and was roared home in a time of 4:00.39 with Kipyegon just failing to reel her in as she took second in 4:00.94.

“I heard them coming as the crowd got louder,” Muir said.

“But I managed to keep on running and won my first ever Diamond League.

"I think this is the biggest win of my career.

"I want to run fast so I was with the pacemakers and the others did not follow.

"I was aware I was alone but the crowd supported me a lot.”

The evening had begun in bright sunshine, but by the time the showpiece events of the men’s high jump and women’s 5,000m - where Dibaba had been aiming to break the world record her sister Tirunesh set on the same track seven years ago – got underway the sun had slipped below the rim of the cooling stadium and a fitful, blustery wind was taking its toll on the performers.

Dibaba finished nearly the length of the straight clear but had to settle for a time of 14:21.29, almost two seconds slower than her best this season and more than 10 seconds adrift of her sister’s time.

Despite all the high hopes for the men’s high jump, neither Barshim nor Bondarenko, the two main protagonists in this event last season, could do better than 2.33 metres, and victory went to Zhang, the only man to clear 2.36m, which he celebrated with a crazy little dance on the landing pit.

Dorozhon produced a victory almost as unexpected as that of Muir as a second round effort of 64.56m in the awkward conditions saw her finish clear of a women’s javelin field which contained all the big names of recent years.

While the Israeli was more obviously in the mix in terms of her previous season’s best – and personal best – of 63.85m, one might have expected one thrower from a field including double Olympic champion Barbora Spotakova of the Czech Republic, current world champion Christina Obergfoll of Germany and Russia’s 2011 world champion Mariya Abakumova to move past her.

Closest was South Africa’s Sunette Viljoen, who threw 64.36, and Spotakova managed third place with a season’s best of 64.10.

Obergfoll was seventh with 60.88, while Abakumova was tenth and last with 57.68.

“It was very special to win here,” said Dorozhon.

“I still do not consider myself a World Championships favourite after my recent good performances.

"I must confirm it more times.

“I’m training close to Tel Aviv and my next competition will be at the European Games in Baku.”

Asbel Kiprop brought the evening to a rousing conclusion as he earned his fourth win in four Dream Miles on this track.

“It feels like home here,” said the former Olympic and double world 1500m champion, who sprinted home in 3: 51.45 ahead of the fellow Kenyan who finished last year as world number one, Silas Kiplagat, in a race where an early attempt to get away by Djibouti’s Ayanleh Souleiman was frustrated.

Britain earned a second, more expected victory on the night through the Olympic, European and Commonwealth long jump champion Greg Rutherford, whose best of 8.25m left him 21 centimetres clear of his nearest challenger.