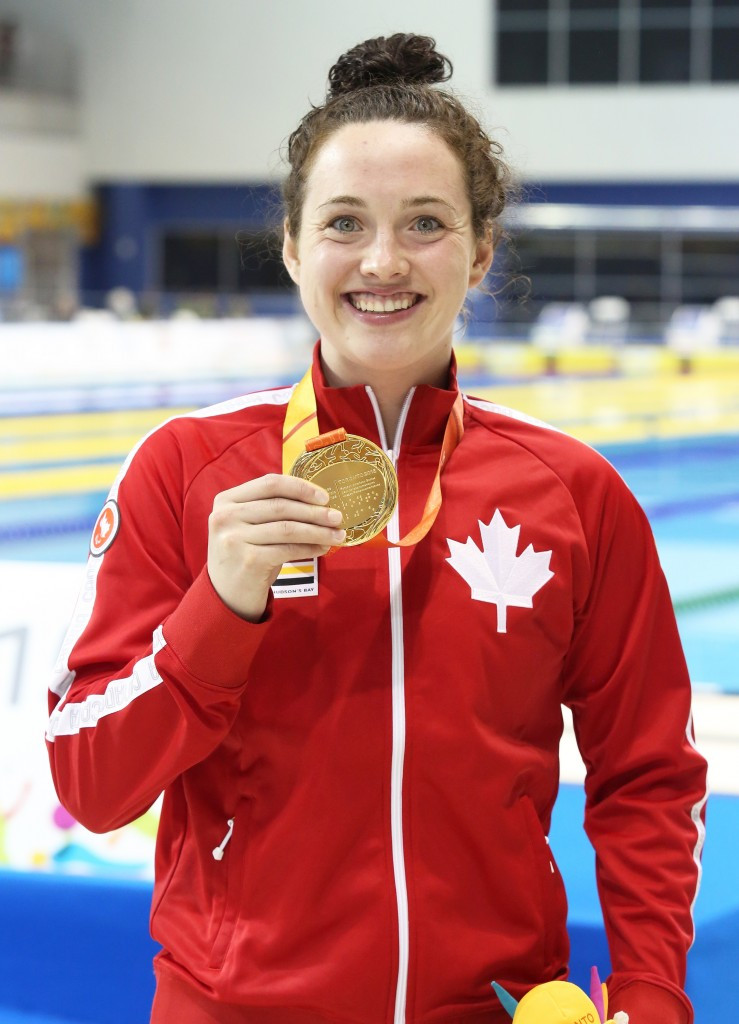 Hosts Canada enjoyed a stunning second day of swimming at the Parapan American Games in Toronto, claiming 15 of the 30 medals available in the evening session, including five golds.

Their medal charge was led by S8 swimmer Morgan Bird who stormed to victory in the women’s 400 metres freestyle event as she touched home in Games record of 5min 19.33sec.

Bird and Weggemann would occupy the same position on the podium an hour later over the shorter distance of 50m as the home favourite was able to defeat the London 2012 gold medallist by just 0.04 seconds in 32.00.

The two swimmers, though, met with a strong challenge from Brazil’s Cecilia Jeronimo, who finished in 32.05 to take the silver medal.

"I am so happy with both my results today," Bird said after her victories.

“I didn't expect it at all, it feels surreal.

"The crowd helped me a lot today, their energy was overwhelming and their support certainly got me to the wall first."

Bird set the tone for a superb night for the home country as they were able to sweep the medal positions in two events in the CIBC Pan Am/Parapan Am Aquatics Centre and Field House to the delight of the crowd.

The first clean-sweep came in the men’s S9 100m breaststroke final as 17-year-old James Leroux broke the Games record, posting a time of 1:11.51 to finish ahead of compatriots Issac Bouckley and Alexander Elliot, who swam 1:12.57 and 1:14.09 respectively.

Their achievement was replicated in the men’s S13 backstroke event with Nicolas Turbide leading home team-mates Devin Gotell and Tyler Mrak in an Americas record time of 1:01.64.

Brazil, however, remain top of the sport’s medal table after earning another six titles, including a gold and Games record for Caio Amorim Muniz in the men’s S8 400m freestyle, as the 22-year-old touched home in 4:35.10.

The second day of powerlifting competitions at the Mississauga Sports Centre saw the gold medals spread across three different countries.

Chile’s Juan Garrido Acevedo was able to better his performance from the Guadalajara 2011 Parapan American Games where he earned bronze, lifting a Games record of 175 kilograms to secure the men’s up to 65kg title.

There were also Games records in the final two divisions as Cuba’s Danilo Rodriguez Garcia lifted 166kg to take the men’s up to 65kg title, while Colombia’s Janier Rafael Cantillo Guette’s first round lift of 190kg proved enough to defeat his team-mate Javier Montenegro Cantillo in the 72kg division.

The United States enjoyed a superb day in team events with their women’s sitting volleyball team claiming a comfortable 25-1, 25-14, 25-11 victory over Canada in their opening match of the tournament, while their men’s team picked up their second win by overcoming Mexico 25-15, 25-11, 25-5.

Their men’s wheelchair basketball team also secured their second win of the Games as they defeated Puerto Rico 95-36, but the women’s team posted an even more impressive victory in their preliminary tie with Peru as they triumphed 88-13.