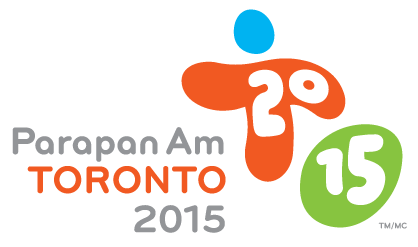 Toronto residents are being urged by civic and sport leaders to fill up all the Parapan American Games venues this Saturday (August 15) in a bid to finish the event on a high.

There are gold medal matches in men’s goalball, football 7-a-side and men’s wheelchair basketball on what has been dubbed #SoldOutSaturday.

The Toronto 2015 Organising Committee is also offering CAN$5 (£2.50/$4/€3.50) tickets for the final day of swimming and athletics action tomorrow in a further push to drum up support.

"The athletes competing in the Parapan Am Games have stretched our imagination when it comes to human abilities - they’ve pushed limits, broken barriers and smashed records," said Saäd Rafi, chief executive of Toronto 2015.

"Seeing their endurance mixed with the energy of the crowds is absolutely electrifying.

"There are still more victories to be won, so grab your Parapan Am tickets before it’s too late to witness the action.

"Let’s join together and make it a #SoldOutSaturday."

Tickets are already sold out for the men’s wheelchair basketball medal matches at the Ryerson Athletic Centre, however, there’s still availability for the men’s goalball and football 7-a-side medal matches, which the hosts will also feature in one way or another.

Canada play the United States in the second of tomorrow’s men’s goalball semi-finals, while the winner of today’s football 7-a-side clash between Canada and Venezuela will play Brazil in the final with the losers going on to face the US in the bronze medal match.

As for wheelchair basketball, Canada face Brazil in the second of tomorrow’s semi-finals and will be competing for either gold or bronze on Saturday, dependent on the outcome.

"Let's break even more records on the final day of the Parapan Am Games," said Toronto Mayor John Tory.

"I am getting out to a game on Saturday and strongly encourage everyone to fill up the stands to see some of the greatest competition ever seen.

"These Games are a jaw-dropping display of the power of human beings to excel, to overcome and to be strong - all spectators will be inspired.

"Let’s end the largest ever Parapan Am Games with a #SoldOutSaturday."

Canada’s Perdita Felicien, a former world champion hurdler, added: "If you were inspired during the Pan Am Games, you’ll be blown away while watching Parapan Am athletes in action.

"Their tenacity and willpower will leave you breathless but still wanting more.

"Get your tickets today.

"Let’s make it a #SoldOutSaturday."

All tickets can be purchased by clicking here.