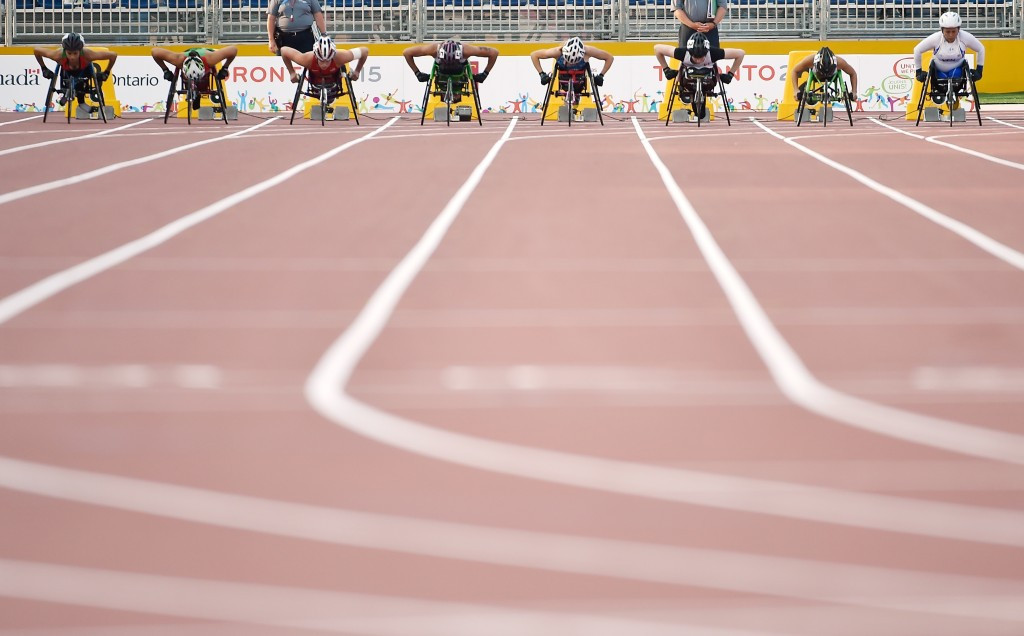 Dion Townsend-Roberts produced a world record in the final of the men’s F42/44/47 high jump to claim Parapan American Games gold for the United States, while there were a further two world records in athletics events on the seventh day of the Games.

The American opted to enter the high jump at two metres where a successful clearance would guarantee him gold, as his opponents had already bowed out at earlier heights.

Having achieved the height at his first attempt, Townsend-Roberts turned his attentions to breaking the world record which he first achieved by leaping 2.09m before eventually finishing the competition with an effort of 2.12m.

"It was just a wonderful atmosphere to be in."

Trinidad and Tobago’s Akeem Stewart also thrived in front of the crowd after he secured his country’s first-ever Parapan American Games gold, with his throw of 63.03m in the men’s F44 discus final shattering the 26-year-old world record.

Stewart’s performance saw him see off the challenge of the US's world and Paralympic champion Jeremy Campbell, who achieved a distance of 57.32m to take silver ahead of his team mate David Blair.

The third and final athletics world record of the day was secured by Cuba’s Omara Durand, underlining her new status as the fastest female Para-athlete in the world by winning her T12 200m semi-final.

Durand, who had broken the 100m record to claim gold on Monday (August 10), took 0.59 seconds off the previous 200m mark by crossing the line in 23.87sec to cruise into the final and keep her bid for three gold medals at the Games alive.

Bermuda followed Trinidad and Tobago in securing their maiden Parapan American Games gold as Jessica Lewis crossed the line in 17.67 to win the T53 100m final ahead of Canada’s Ilana Dupont and Jessica Frotten.

Dupont though would triumph in the final event of the night as she secured T54 800m gold for the hosts in a time of 1:40.67.

There was further success for Canada in the road cycling time trials as Daniel Chalifour and pilot Alexandre Cloutier earned their third gold of the Games by crossing the finishing line in the visually impaired event in 26:47.11.

However, the US were the most successful nation in the time trial events as Brian Sheridan and Jill Walsh earned victories in their respective H1-5 and T1-2 events, after producing times of 17:11.44 and 21:55.30.

The American table tennis team were unable to ensure similar joy as they lost the men’s team 9-10 class final in straight games to Brazil, who also secured golds in the men’s 3-4 and 6-8 team classes.

Brazil though were beaten 2-1 by Mexico in the final of the women’s 4-5 team class final, with Martha Verdin and Maria Paredas winning the crucial doubles match against Joyce Oliveria and Maria Pereira to seal victory.

There was mixed fortunes for Brazil in tennis as Rejane Candida and Natalia Mayara claimed a 2-1 victory over Colombia’s Angelica Bernal and Johanna Martinez in the women’s doubles final, after winning the deciding tie-break 10-8.

Daniel Rodrigues and Carlos Santos were unable to replicate their compatriots' achievement in the men’s final as they were beaten in straight sets by Argentina’s Ezequiel Casco and Gustavo Fernandez.