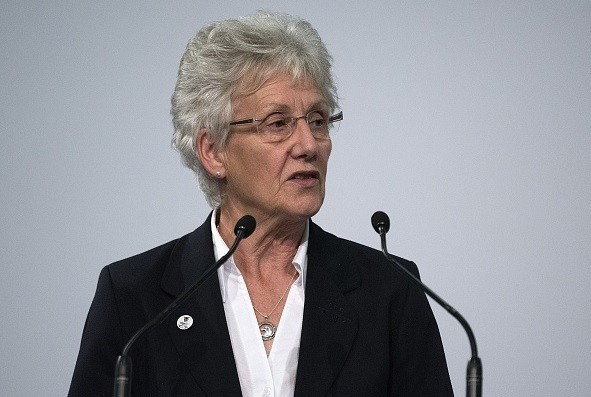 The 2015 Commonwealth Youth Games has “got everyone talking” about the event as a concept, newly-elected Commonwealth Games Federation (CGF) President Louise Martin claimed here today.

Martin, elected at the organisation’s recent General Assembly, defeating incumbent Prince Imran of Malaysia, also reiterated that two or three other countries, aside from Canada and Scotland, have expressed an early interest in staging the 2017 Games following the withdrawal of St Lucia.

The Caribbean nation, awarded the event in November 2011, decided they were not in a fit state to host the Games in two years’ time due to doubts over venues and financial concerns, particularly over the lack of a stadium to host athletics.

Countries have until the end of September to inform the CGF of their interest, with the deadline for official applications coming the following month.

Canada and Scotland's candidacies, added to those nations who have been in contact which were alluded to by Martin, are likely to provide a more exciting bidding race for the 2017 Commonwealth Youth Games than the main Games, awarded to sole contender Durban at the General Assembly following the withdrawal of Canadian city Edmonton over financial worries.

Martin believes the success of the Games held here, which saw over 900 athletes aged 14 to 18 compete for 107 medals in nine sports, has boosted interest in the event and claimed more countries have come forward for 2017 as a result.

“The future for the event is good based on what has happened here in Samoa,” she said.

“It’s got everyone talking about the Games and it has generated a great deal of interest.

“It was my idea to start the Youth Games and I must admit I had some difficulties originally trying to persuade people that they would be a good idea.

“St Lucia were forced to pull out through no fault of their own and I am absolutely convinced we will have a Youth Games in 2017."

The event, held in the Pacific for the first time, has elevated Samoa’s international status “up a notch or two”, according to Samoan Minister of Education, Sports and Culture, Magele Mauiliu Magele, who added “we have now gone from a lightweight to a heavyweight and we aspire to be a super heavyweight one day”.

CGF chief executive David Grevemberg also revealed they will look to explore the possibility of adding more sports to future editions of the Games, which have been going since the first was held in Edinburgh in 2000, while admitting that finding a host for 2017 is a key priority for the organisation.

“We are looking at a more partnership-tailored approach with the International Federations for future Games,” he said.

“It is part of our strategic plan for development and Samoa has given us a perfect platform for the future.

"I'm sure the next host will also be able to deliver a great Games and it is turning into an exciting bidding race."