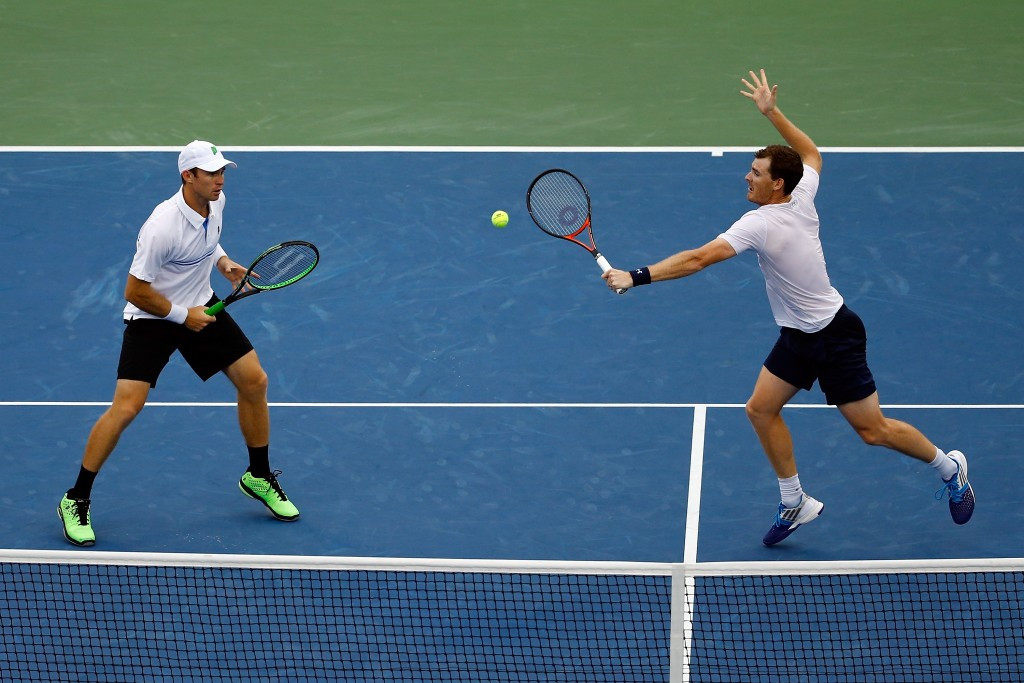 Britain’s Jamie Murray and Australia’s John Peers reached the men’s doubles final at the US Open at Flushing Meadows, but heavy rain saw the women’s singles semi-finals postponed until Friday.

The men’s doubles matches were unaffected by the conditions earlier in the day and an absorbing semi-final match enthralled the crowd with home favourites Sam Querrey and Steve Johnson facing the Wimbledon runners-up Peers and Murray.

Peers and Murray took charge of the encounter by securing the crucial break of serve during the opening stages of the match and they proved able to hold serve to close out the set 6-4 to take a giant step towards a second consecutive Grand Slam final.

However, the scores were level again after another entertaining set of tennis, which eventually went the way of the American duo after they triumphed in the tie-break.

It was somewhat fitting that the match would be settled with another tie-break in the decisive third set, after the pairs had traded breaks of serve, and it looked as though Querrey and Johnson would triumph having moved to match point.

Murray, whose brother Andy won his first Grand Slam singles title at the US Open in 2012, produced under pressure to help turn the match on its head once more and alongside Peers they completed the turnaround to win the tie-breaker 9-7, to seal a 6-4, 6-7, 7-6 win.

“It was a really high level match, and there were not too many chances in the match.”

The winners of the men’s doubles tournament will make amends for losing a Grand Slam final earlier this year as the Australian Open runners-up Pierre Hugues-Herbert and Nicolas Mahut of France progressed through their semi-final.

The duo edged a close opening set with Britain’s Dominic Inglot and Sweden’s Robert Lindstedt and they made the most of their momentum by cruising through the second to wrap up a straight sets 7-5, 6-2 victory.

Following the men’s doubles sessions the decision was taken to postpone the women’s semi-finals until Friday morning, with the men’s singles due to follow later in the day.

Top seed Serena Williams was due to meet Italy's Roberta Vinci while number two ranked Simona Halep was due to clash with another Italian, Flavia Pennetta.