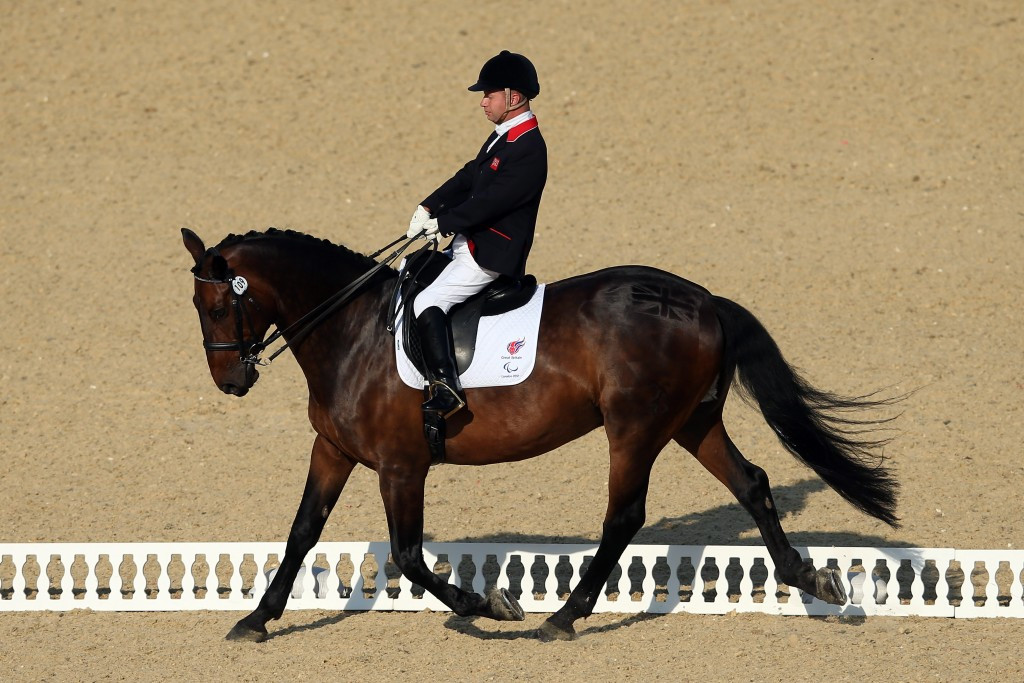 Ten-times Paralympic champion Lee Pearson of Britain will go up against arch rival Pepo Puch of Austria at the International Equestrian Federation (FEI) European Para-Equestrian Dressage Championships 2015 in what promises to be one of the most exciting battles of the three-day event in Deauville, France.

The competition, which takes place in France for the first time, begins tomorrow and has thrown up some intriguing contests between the continent’s top para-dressage riders.

Pearson was denied an 11th Paralympic gold, which would have equalled the total of fellow Briton Tanni Grey-Thompson, by Poch on home soil at London 2012 but he comes into the event having swept the team, individual and freestyle titles at last year’s FEI World Equestrian Games in Normandy.

The 41-year-old is one of a number of Britons aiming to continue their dominance of the sport at the European Para-Equestrian Dressage Championships, with Sophie Christiansen the favourite in the Grade Ia event.

She will face Italy’s Sara Morganti, individual and freestyle gold medallist from the 2013 European Championships, with five-times Paralympic champion Anne Dunham also expected to do well.

Rixt Van Der Horst of The Netherlands is the one to beat in the Grade II competition after the Dutchwoman shocked the world by ousting London 2012 champion Natasha Baker of Britain at the World Equestrian Games, claiming both individual titles on offer in what was her first-ever appearance at the event.

Elsewhere, Germany’s Hannelore Brenner and Sanne Voets of The Netherlands will go head-to-head in the Grade III category.

Brenner had been the main contender in the event after she captured gold at the Beijing 2008 and London 2012 Paralympic Games before Voets hit back, reigning supreme at the 2013 European Championships and then a year later at the World Equestrian Games.

Michèle George of Belgium faces a tough challenge in the form of Britain’s Sophie Wells, who won world and European gold but had to settle for silver behind the Belgian at London 2012, in the Grade IV category, with The Netherlands’ Frank Hosmar also a name to watch.

The event in Deauville begins tomorrow and concludes on Sunday (September 20) and will feature 75 athletes from 20 nations.