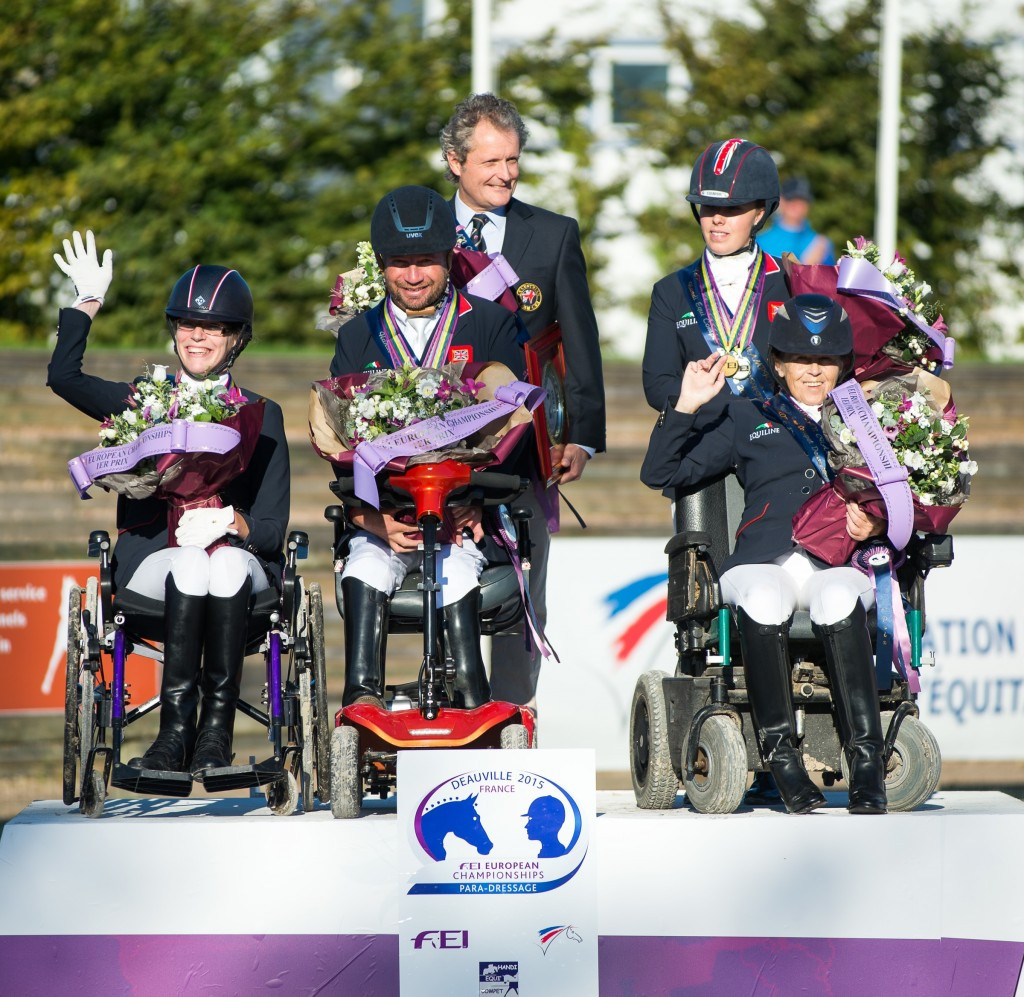 Britain retained their European team title at the FEI European Para-equestrian Dressage Championships after a series of excellent performances in the individual tests in Deauville, France.

The British team held a narrow advantage over The Netherlands after the opening day of competition, with much of that due to the excellent performance of Sophie Christiansen, and she once again delivered on her horse Athene Lindebjerg.

She produced an excellent display to receive a total of 79.565 from the judges, the highest score of the day, in the Grade la event which secured the five-time Paralympic champion the individual title ahead of her team-mate Anne Dunham and Germany’s Elke Phillip, who scored 76.261 and 73.174.

“Literally when they told me the result I cried because I’ve had so much change recently,” Christiansen said.

“I’m so proud of my whole team for coming together and they’re amazing and the horse is just phenomenal.

“Yesterday we were both a bit nervous of our first major championships but today I knew she would be fine and we were really relaxed.”

While Christiansen has claimed several major titles throughout her career the competition marked The Netherlands’ Frank Hosmar's first ever gold medal at the Championships as he claimed the Grade IV individual event ahead of Britain’s Sophie Wells and Germany’s Carolin Schnarre, who scored 71.833 and 70.048 respectively.

Hosmar’s compatriot Rix van der Horst also backed up an excellent display yesterday in the Grade II competition as on top of Uniek N.O.P she scored a total of 75.543, while Britain’s Natasha Baker ended in second with 72.857.

It would also be a momentous event for Germany’s Steffen Zeibig, whose total of 71.514 saw him claim his first medal at a major championship for 18 years.

His team-mate Hannelore Brenner comfortably defended her Grade III title after ending with a score of 72.732, while Austra’s Pepo Puch edged Britain’s Lee Pearson to gold in the Grade lb event after scoring 74.552.

As a result of the individual events Britain retained the team title with a total score of 451.146, while The Netherlands ended with 439.425 to take silver and Germany claimed bronze with 432.557.