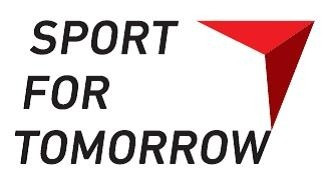 The Japan Sport Council (JSC) have attempted to raise further awareness of the Paralympic Movement in Indonesia by staging a “Para-sport Quest” event at the Special School for Children with a Visual Impairment in Bandung.

It was held as part of the JSC’s Sport for Tomorrow programme, a scheme set-up during Tokyo's bid for the 2020 Olympics and Paralympics.

The event was aimed trying to promote involvement in sports for people with an impairment.

A total of 48 students participated in the event.

They were separated into groups of six, with half of those taking part having a visual impairment.

The groups were then tasked with going on a “quest” to deepen their knowledge of Para-sports, with the students first playing a series of games, before testing out Paralympic sport goalball.

“The children learnt a great deal by taking part in the event, and I was greatly impressed by the limitless potential of using the power of sport in education,” said Yacobus Tri Bagio, head of cooperation at the school.

“The event was very creative and I would like to share information about this event with other schools, so that more schools can learn new ways to enhance mutual understanding among students both with and without impairments.

“I hope this event will continue to be organised in Indonesia with adjustments made to meet different needs.”

In addition to the students, who it was hoped would gain a mutual understanding between those with and without a visual impairment, the teachers also received a training session from the JSC.

The training was designed to enable them to organise the event by themselves, with the teachers then encouraging students to actively communicate and connect with each other by working in teams.

Indonesia was selected as the country to implement the programme, due to the 2018 Asian Para Games being held in the country’s capital Jakarta.

The JSC believe it is vital that the awareness of Para-sports is continually raised in the build-up to both the 2018 Games and the Tokyo 2020 Paralympics.

Ester Maory, the head of curriculum at the division of special education at the West Java Education Department,  claimed they were already planning to utilise the programme throughout the region.

“We have learnt an immense amount from the event, and the West Java Education Department is keen to make best use of the results,” she said.

“We are already planning to distribute the event manual created by the Japan Sport Council to all 360 special schools for children with an impairment in West Java.”