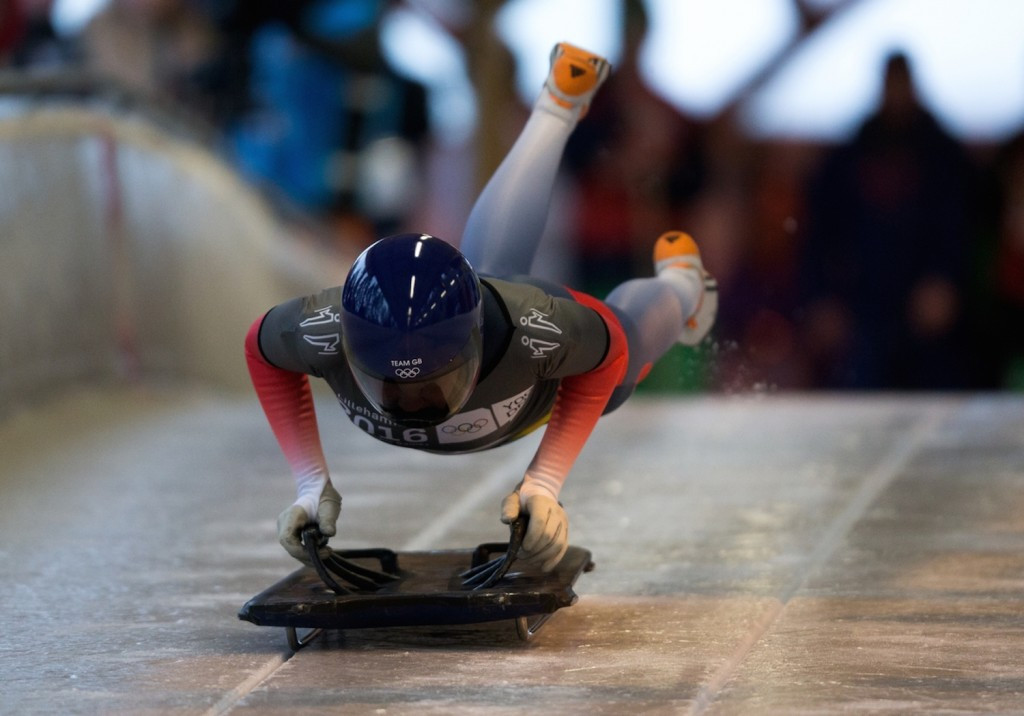 Her victory, which had a Bavarian, as well as a British flavour, was followed by a similarly comfortable triumph for Evgenii Rukosuev of Russia in the corresponding men's event.

Pittaway, who has a German mother and a British father, was born in Munich and took up sliding at the same Königssee track on which three-time Olympic luge champion Georg Hackl trained all of his career.

The 15-year-old had struggled in official training earlier this week but saved her best form for when it mattered, clocking a total time of 1min 50.23sec after her two runs to finish 0.96 seconds clear of the rest of the field.

Ironically, it was a German who finished in second place, Pittaway's friend and rival Hannah Neise, who clocked 1:51.19.

Agathe Bessard of France took the bronze medal in 1:52.45.

"It feels amazing to win the gold. I’m so happy and so proud to represent my country,” said Pittaway.

“When I first crossed the line I couldn’t believe it.

"I felt like I was standing next to me watching me finish - it was so surreal and just like a movie.

“Hannah [Neise] is one of my best friends and we’re really happy to be on the podium together, that’s been our dream together for four years."

She was presented with her gold by Turin 2006 silver medallist and Lillehammer 2016 ambassador Shelly Rudman, as well as by British Chef de Mission and 2009 world silver medallist Adam Pengilly, also a member of the International Olympic Committee.

The men's event also followed the same pattern of the country which won at Sochi 2014 prevailing once again.

Rukosuev led after both runs for a combined time of 1:47.30.

There was a rare host nation success in a sliding sport here for Norway as Alexander Hestengen claimed silver in 1:47.94.