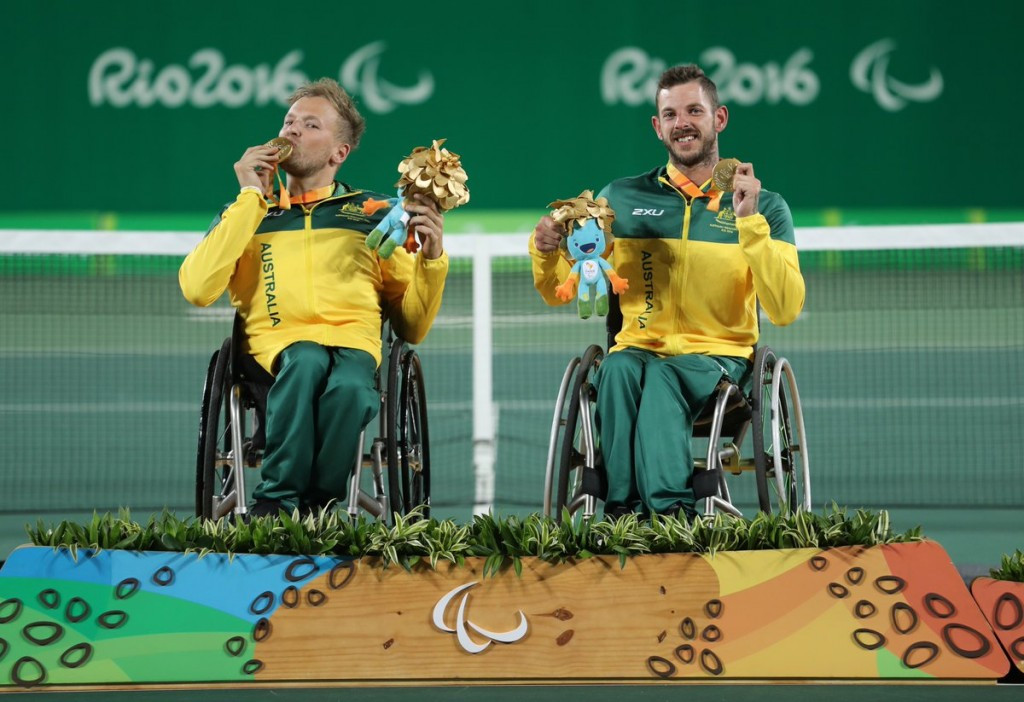 Taylor and Wagner were looking to retain the crown they have held since their triumph at Athens 2004, but Alcott and Davidson had other ideas, and came from behind to register a 4-6, 6-4, 7-5 victory on centre court.

The pair lost the first set after a nervy start and looked destined for defeat at 4-1 down in the second set before reeling off five consecutive games to take the match to a decider.

Taylor and Wagner raced into a 3-0 lead in the third set and again appeared well on course for a place on the top of the podium, but after bringing themselves back onto level terms, Alcott and Davidson had the momentum.

Following five holds of serve, the Australians found themselves 6-5 in front and went on to register the crucial break in the 12th game to seal a memorable win.

Victory in the compelling contest, which lasted two hours and 45 minutes, sees Alcott secure the honour of becoming a two-sport Paralympic champion having been a member of Australia’s gold medal-winning wheelchair basketball team at Beijing 2008.

"The comradery we have is different to any other team," said Alcott of his partnership with Davidson.

"How did we win that match?

"I still can’t believe it."

Davidson, who contracted the virus transverse myelitis at the age of five months,added: "I’m still letting it all sink in.

"My mind is still on the court I haven’t actually had a chance yet to realise what has happened.

"I can’t believe that I’m wearing a gold medal around my neck at this point, it’s insane."

Earlier on court two, the longest match in wheelchair tennis history was played out in exhausting temperatures as Great Britain’s Jamie Burdekin and Andy Lapthorne beat Israel’s Itai Erenlib and Shraga Weinberg 3-6, 6-4, 7-6 after a gruelling four hours and 25 minutes to take the bronze medal.

It was only 14 hours before that Lapthorne had come off centre court following his quad singles semi-final win over Wagner.

"To go out and do what I did last night gave me so much belief today, and there was no way, today on that court, that we were going to get beaten - I had nothing to fear," he said.

Awaiting Lapthorne in tomorrow’s quad singles final is Alcott, who beat South Africa’s Lucas Sithole in the other semi-final yesterday.