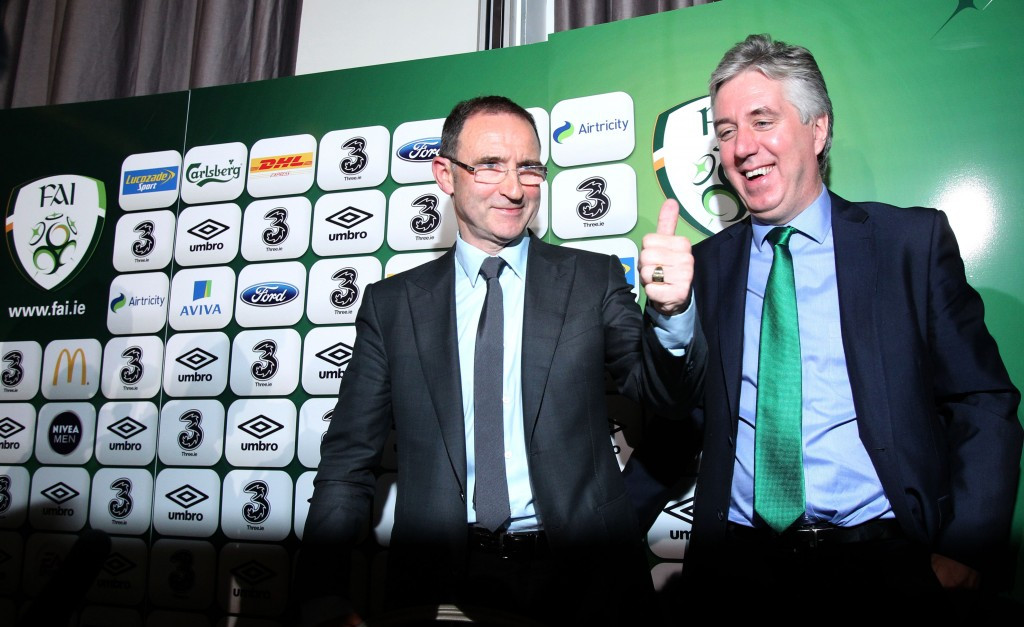 Olympic Council of Ireland (OCI) Executive Committee member John Delaney has distanced himself from the ticketing scandal which engulfed the nation at last month’s Olympic Games in Rio de Janeiro, stressing he had "no knowledge of or involvement in anything to do with tickets for the Rio Games".

Delaney, the chief executive of the Football Association of Ireland (FAI), was one of six officials who had warrants issued against their passports before it was subsequently withdrawn 10 weeks ago.

In an extensive statement, the 48-year-old, who was not among the OCI board members who travelled to Rio 2016, insisted that "the Brazilian police have never made any contact with me in relation to this issue".

OCI President Patrick Hickey, also a member of the International Olympic Committee (IOC) Executive Board and the head of the European Olympic Committees (EOC), was arrested in a dawn raid at last month’s Olympics and is currently facing charges over alleged ticketing offences.

Hickey has stood down from all of his sporting roles and remains in Brazil, along with compatriot Kevin Mallon, the director of THG, one of two agencies at the centre of the allegations, who has also been charged.

A number of others indicted had already left the country, with all accused denying any wrongdoing.

Delaney, an OCI second vice-president, says he only attended five out of the 13 OCI meetings prior to the Games, which ran from August 5 to 21, and that the Board were not made aware of the organisation’s ticketing arrangements for the event.

Although THG were the authorised ticket reseller (ATR) for London 2012 and Sochi 2014, they were not selected for Rio 2016 and so had no rights to sell tickets.

It is alleged by Brazilian police, however, that Pro10, who were selected, were just a front operation to conceal THG's involvement.

"I had absolutely no role or involvement in the OCI's handling of ticketing arrangements for the Rio Olympic Games and no knowledge or awareness of Pro10 or its position as the OCI’s ticket reseller," the FAI chief executive said.

"This appointment was not brought to the OCI Board’s attention.

"As a volunteer Board member which is not a day-to-day role and due to my primary role and football commitments, I was in a position to attend only five of the 13 Board meetings prior to the Rio Olympics.

"The OCI has committed its cooperation to the various reviews and investigations taking place and as an Executive Committee member I completely support all such enquiries and will play my part fully in all these matters."

Delaney claims he opted not to comment publicly when the saga was unravelling as it "would not have been appropriate" to do so.

"As an Executive Committee member, I refrained from engaging publicly on OCI matters as it would not have been appropriate for me to publicly comment on or discuss sensitive or confidential OCI Board matters and I will continue to be bound by that confidentiality," he added.

"The OCI has now appointed Arthur Cox [solicitors], Deloitte and Grant Thornton to review and enquire into matters raised and these appointments are very much to be welcomed.

"Furthermore, the OCI has committed to its cooperation with the Government enquiry led by Justice Carroll Moran."