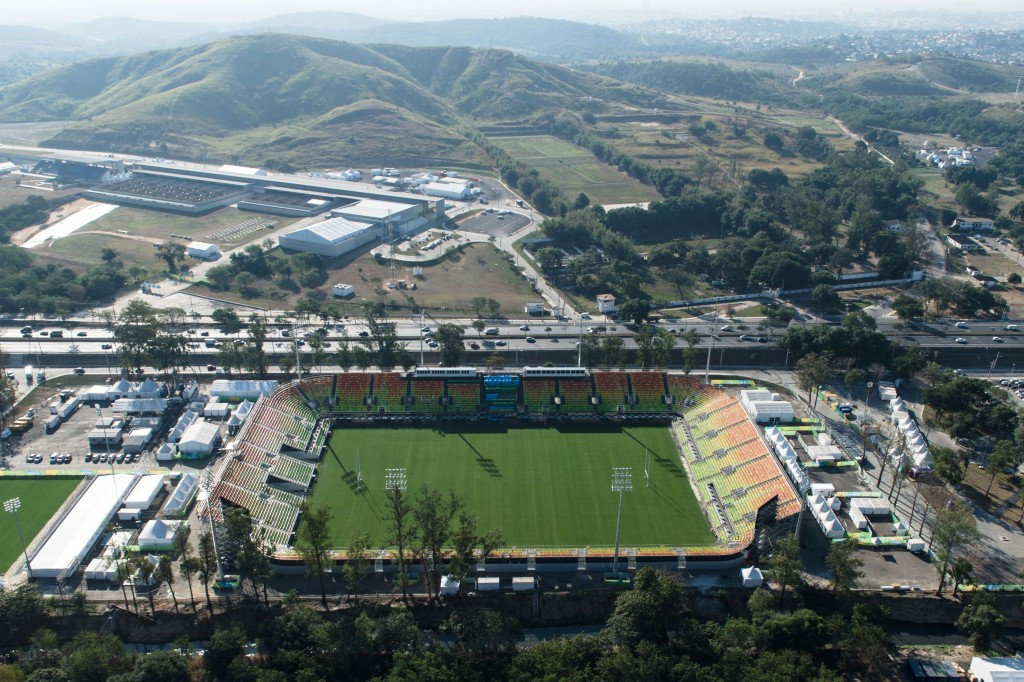 The Deodoro Olympic Park, which was due to be used as a park and recreation area following the Rio 2016 Games, has been closed amid a struggle to find a use for it.

Rio City Hall confirmed the closure of Deodoro, which was the second largest concentration of competition venues during Rio 2016.

A contract with a company operating the park, which includes a public swimming area among its main attractions, is said to have been terminated at the end of 2016.

Rio 2016 director of communications Mario Andrada told insidethegames a tender process will be conducted to select the new company that will manage the park, which he says will re-open around March.

"They have three or four bidders for this," he said.

"So as soon as they do the tender and get the new administrators for the park, the park will re-open.

"Deodoro does not need the transformation to the legacy mode.

"When we left Deodoro, Deodoro was already in legacy mode.

"We’ve already had a championship in canoe slalom there (the Pan American and South American Championships in October) so the venue has already been used once after the Games which is very good."

Andrada claimed it was difficult to expect a solution to have been found for Deodoro at this stage, given that Marcelo Crivella only replaced Eduardo Paes as Rio Mayor at the turn of the year.

"If you change administration, 12 days is a very short time for you to have a new company and have everything ready," he added.

The latest problems shine more light on a failure to so far achieve the Olympic and Paralympic legacy objective of maintaining thriving sporting venues.

Last week, Rio 2016 rejected claims that they are to blame for the state of disrepair the Maracanã Stadium has fallen into since it hosted Opening and Closing Ceremonies and football finals at last year's Olympics and Paralympics.

Reports in the O Globo newspaper showed how the iconic stadium - which also hosted the semi-finals and final of the FIFA World Cup in 2014 - has swiftly descended into an alarming "state of abandonment" following the Games.

The 78,000 seater stadium was originally built for the 1950 World Cup but underwent a $600 million (£490 million/€565 million) renovation in order to successfully host the World Cup and Olympics.

It was officially transferred out of the hands of Rio 2016 to the State Government and a consortium of private companies on November 4, but the Organising Committee have been blamed for failing to leave it in the same condition as they found it in.

The consortium of companies to have since taken ownership consists of constructors Odebrecht SA and entertainment group AEG.

Odebrecht are implicated in the Operation Car Wash corruption investigation in which dozens of top Brazilian politicians are accused of accepting bribes in returning for approving deals.

The company also admitted to making similar payments to secure public contracts in Peru last month, with the resulting political fallout blamed for the Peruvian Olympic Committee's failure to pay money owed to the Pan American Sports Organization (PASO) ahead of the Lima 2019 Pan American Games.

It has also emerged that items such as fire extinguishers, hoses, televisions and busts have been stolen from the stadium, with the Football Federation of Rio de Janeiro (FERJ) confirming they had received reports of looting.

FERJ President Rubens Lopes has now called on the State Government to get permission to enter the stadium so the facilities can be checked by security, cleaning, lawn and engineering companies with "extensive knowledge of the Maracanã".

"The sooner these companies that have expertise in Maracanã can enter, we scale the costs to enable the use of the stadium," Lopes said.

O Globo is also reporting a similar state of disrepair at the adjacent Maracanãzinho volleyball venue.

The course in Barra de Tijuca was billed as one of the foremost legacies of the Games beforehand and was due to provide an opportunity for thousands of locals to take up the sport.

It has been claimed that the course was only attracting a "trickle" of players each day and that it is struggling for funds to take care of upkeep.

Another setback last month saw Rio fail to auction the sports venues in the main Olympic Park, meaning responsibility was handed over to the Federal Government.

Only one bidder participated, according to officials, and did not provide the necessary assurances for a 25-year concession.