Almaty 2017: Second day of competition at the 28th Winter Universiade

Almaty 2017: Third day of competition at the 28th Winter Universiade

Almaty 2017: Fourth day of competition at the 28th Winter Universiade

Almaty 2017: Fifth day of competition at the 28th Winter Universiade

Almaty 2017: Sixth day of competition at the 28th Winter Universiade

Almaty 2017: Seventh day of competition at the 28th Winter Universiade

Almaty 2017: Eighth day of competition at the 28th Winter Universiade

Almaty 2017: Ninth day of competition at the 28th Winter Universiade

Almaty 2017: Tenth day of competition at the 28th Winter Universiade

Almaty 2017: Final day of competition at the 28th Winter Universiade 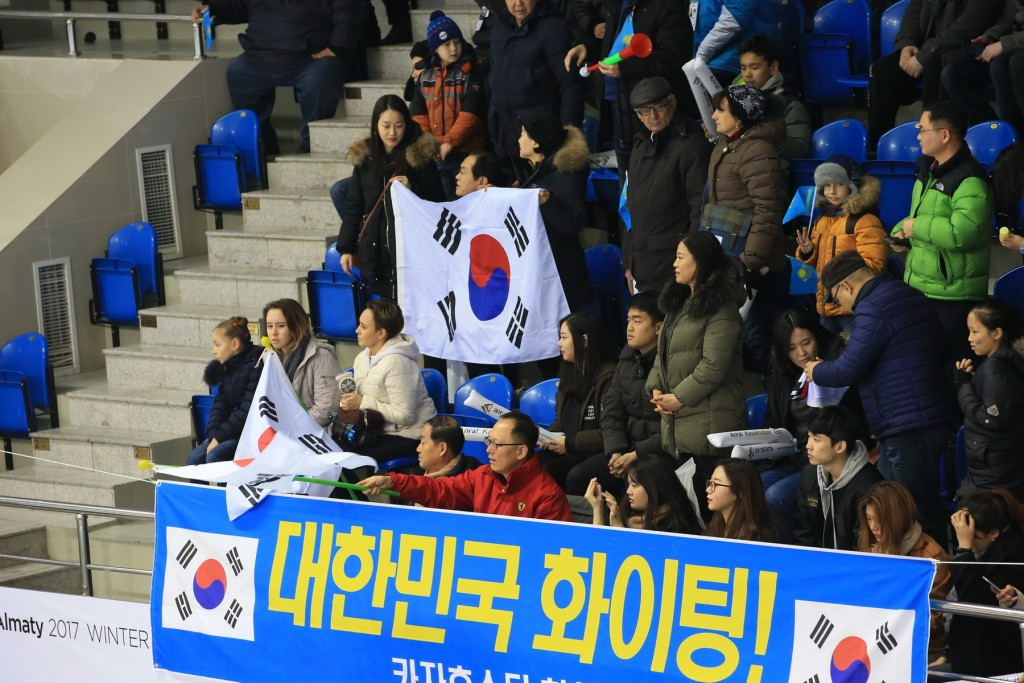 South Korea dominated the final day of short track speed skating at the 2017 Winter Universiade today, as they won three of the four gold medals on offer at the Baluan Sholak Arena.

The phenomenal day for the Koreans began when they secured both 1,000 metres titles within a matter of minutes.

Son Ha Kyung claimed gold first in the women's A final as she crossed the line in a time of 1 min 33.858sec to prevail.

Following Son Ha Kyung's win in the women's race, Lim Kyoung Won was victorious in the men's 1,000m A final.

Lim crossed the line in 1:28.024 to guarantee victory and the gold medal.

His compatriot, Park Ji Won, took second in 1:28.051 while rounding out the podium was Kazakhstan's Denis Nikisha in 1:28.189, much to the delight of the home crowd.

After winning both of the individual titles earlier in the day, the South Korean women's 3,000m relay team continued their team-mates' success.

Their dominance was finally ground to a halt though when China prevailed in the men's 5,000m relay.

The team of Chen Guang, Song Haochen, Xu Fu, Yu Wei and Hongchao Zang crossed the line first in a time of 7:04.443.