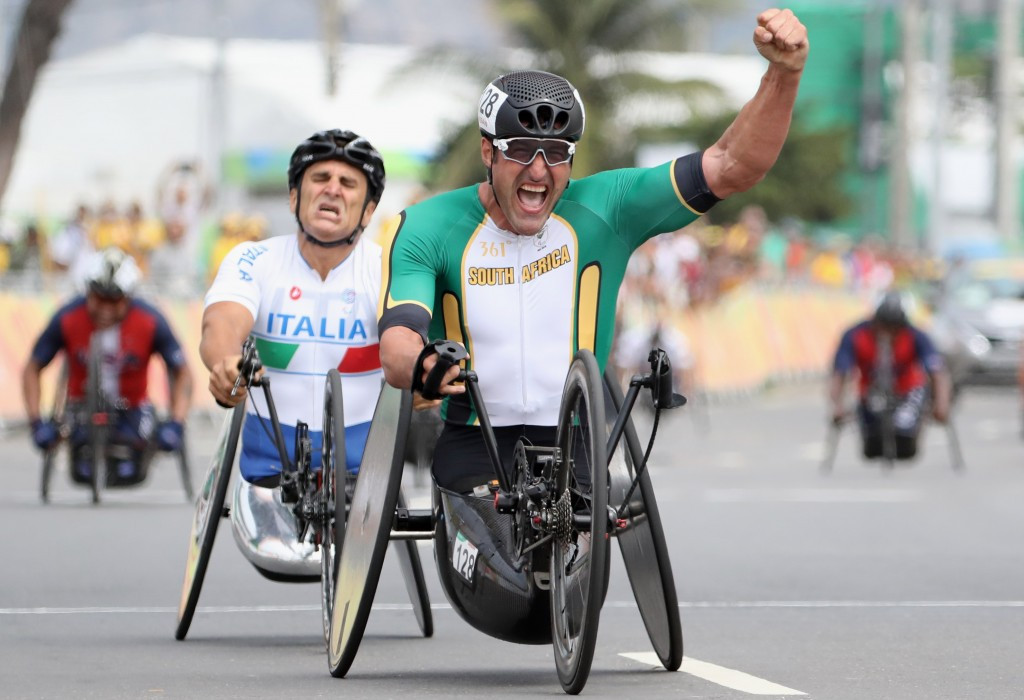 Rio 2016 gold medallist Ernst Van Dyk is hopeful that one of the oldest world records in Para-athletics could be under threat as the Abbott World Marathon Majors series begins in Tokyo on Sunday (February 26).

Organisers have claimed the course suits an attempt on the record set by Switzerland’s Heinz Frei in Oita in Japan in 1999.

The Tokyo course has been altered this year, with organisers taking out some of the hills which made the finish to the race in 2016 such a tough test.

Van Dyk, second in this event last year, thinks it could be time Frei’s time was beaten.

"Our current world record is very old and any opportunity to attempt a crack at it is a great one," the South African said.

"The race does come a bit early in the year and the weather can be very unpredictable.

"I really liked the added challenge of the climbs in the end as it was a tactical point, now it will surely come down to a mass sprint which is always a bit tricky.

"A fast race is always a good race."

Van Dyk won the Paralympic gold medal in the men’s hand cycling road race at Rio 2016 but decided to end his cycling career afterwards and focus solely on the marathon.

He has won the Boston Marathon 10 times.

Also in the line-up in Tokyo is Switzerland's Marcel Hug, as well as the likes of the United States' Joshua George, third in the New York City and Chicago Marathons last year.

Hug, 31, dominated marathon racing throughout 2016, securing a clean sweep of titles in the current Abbott World Marathon Majors series - six in all - and bagging Paralympic gold at Rio 2016.

"Marcel was very dominant in 2016 - he was able to do what no male racer was able to do for the past three or four years," Van Dyk, who missed seven weeks of training when he suffered a serious injury after last year’s New York City Marathon in November, said.

"The fact that it was a Paralympic year probably contributed a lot to it.

"Plus he was fortunate with no mechanical failures in the events that mattered.

"Basically he was in great shape with no bad luck and that is a combination we all hope for."