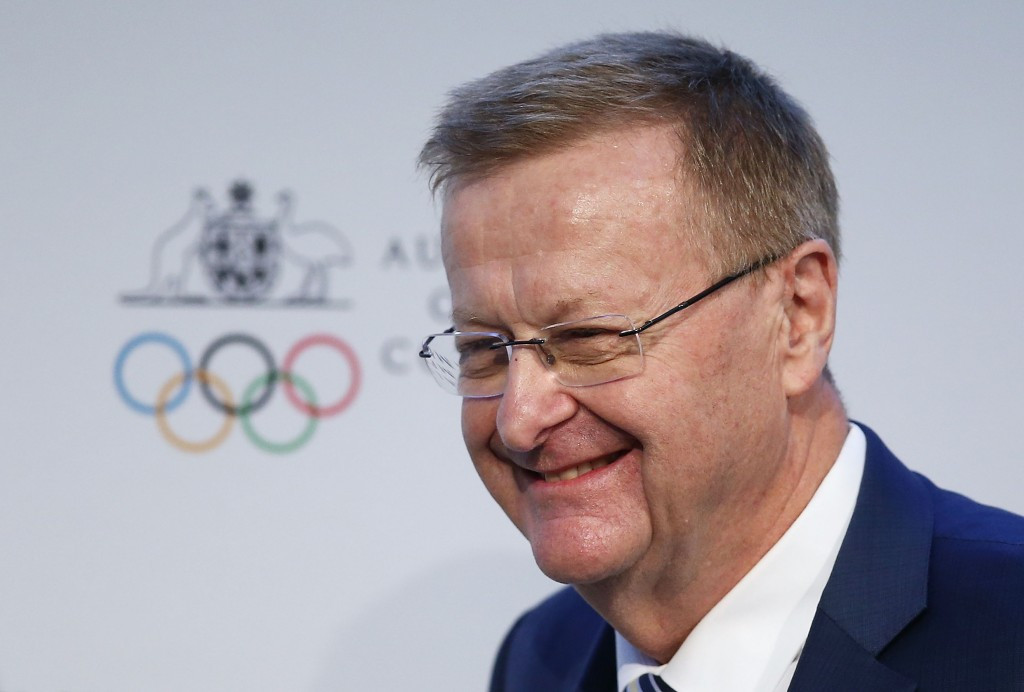 John Coates has held off the challenge of rival Danielle Roche to be re-elected President of the Australian Olympic Committee (AOC), extending a reign which stretches back to 1990.

Coates gained the majority of the 93 votes on offer at the AOC’s Annual General Meeting at the Museum of Contemporary Art in Sydney.

The International Olympic Committee vice-president had faced the prospect of losing international roles had he been beaten by Roche, a hockey gold medallist from the Atlanta 1996 Olympic Games.

Prior to the vote, Coates gave a lengthy address to the meeting where he praised achievements of the Australian team at the Rio 2016 Olympics.

Roche was not permitted to address the AGM.

“We have started a much-needed conversation about the future direction of Australian sport and the responsibility the Australian Olympic committee has in supporting its member sports and their athletes,” Roche said afterwards, according to the Herald Sun.

A record number of candidates for executive board positions is proof that the sports feel empowered to make their voice heard in discussions that are critical to their future, and the future of their movement,” Roche said.

“There is clearly a strong desire for change.

“There is a desire for the AOC to place a greater focus on providing for sports and athletes, and for it to have a more collaborative relationship with its national federations and the Australian Sports Commission."

Congratulations to John Coates on his re-election as AOC President. I wish the entire @AUSOlympicTeam every success in the future #AOCvotes

A dozen votes were be cast by Executive members, while the one other ballot was be cast by AOC Athletes’ Commission deputy chair Kim Brennan.

The latter vote was due to be split with AOC Athletes’ Commission chair Steve Hooker, but he was counted in the number of the AOC Executive.

Prior to the election, the Commission backed Coates re-election but were broadly supportive of Roche’s proposals.

This included an assessment of the remuneration of the AOC President, seeking greater collaboration between the governing body and the Australian Sports Commission and a move for the Presidency to be a non-executive role.

Coates had expressed his desire to step back into a "more traditional" role in the week before the vote, having claimed he had taken on executive responsibilities because he did not have faith in previous chief executives.

The Athletes Commission had backed candidacy of Andrew Plympton - who supported Roche's campaign - for one of the vice-president roles, as they sought to have a "balanced, independent and collaborative AOC Executive".

Seven positions on the Executive were also decided at the AGM, with 10 candidates in the running.

Matt Allen, a winner of the Sydney Hobart Race in 1983, was first to be elected after being put forward by Australian Sailing, where he is President.

All five had been named as Coates' preferred choices for the Executive.

Swimming Australia's Nicole Livingstone and Gymnastics Australia's Michael Murphy had been overlooked by Coates, but were elected to the Executive.

Hynes and Tracey Gaudry had been among Coates' preferred candidates, but the latter pulled out of the running after being named chief executive of Hawthorn Football Club earlier this month.

Coates has defended texts which were sent to voting delegates, which advised them on which candidates to vote for.

“I understand there’s some discussion about the texts put out under my authority in terms of how to vote,” he told the Herald Sun.

“This was an election, a contested election.

“Those texts were no different in content to emails that I’ve been sending — and have been reported — over the last few weeks in terms of my preferred team.

“No apology for that.

"It was an election and so be it.”

The build-up to the election had been dominated by allegations of bullying in the AOC, with an emergency board meeting having taken place on April 26.

The Committee is completed by Greg James and is expected to reach a verdict by June 1.

Tancred has temporarily stepped down as the AOC's director of media and communications while the allegations are investigated.

Four further allegations have been reported by Fairfax Media, with three unnamed women reportedly making either informal or formal complaints.

Ryan Wells, who worked for the AOC between 2000 to 2005, has also alleged he was threatened.

The Committee will only investigate the complaint made by de Jong.

Tancred has denied all allegations made against him.