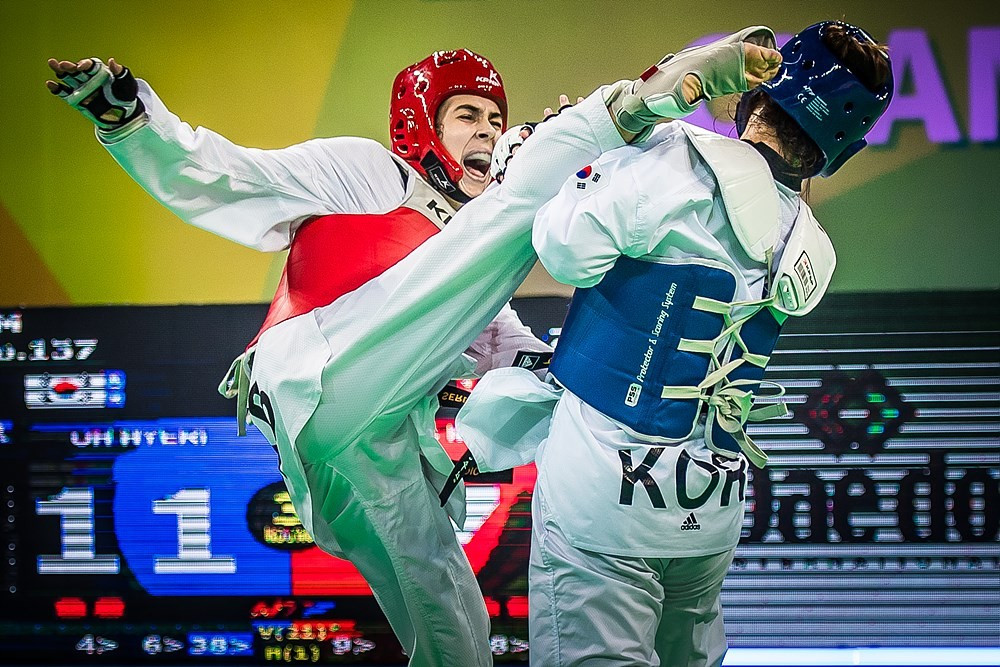 The London 2012 Olympic gold medallist claimed a 17-13 win over her South Korean opponent to follow up compatriot Vanja Stankovic’s success in the women’s 49kg category on Monday (June 26).

Mandic came from 11-7 down in the third period to win 10 of the next 12 points and clinch victory at the expense of the Rio 2016 gold medallist.

She had earlier registered a 6-3 semi-final win over The Netherlands’ Reshmie Oogink, who was one of the two bronze medallists.

Joining Oogink on the third step of the podium was world number one and Beijing 2008 gold medallist María Espinoza after the Mexican lost 15-6 to Oh in the other semi-final.

The 22-year-old had a 7-4 lead cancelled out by a three-point head kick from Larin, but a late flurry saw him score what proved to be four decisive points.

This came after Larin had defeated South Korea’s In Kyo-Don 8-6 by golden point following a 6-6 draw.

Trajkovic and In had to settle for bronze.

Today’s other gold medallist was Niger’s Abdoul Issoufou, who overcame Great Britain’s Mahama Cho 9-4 in the men’s over 87kg final.

Six of the Rio 2016 silver medallist’s points came from penalties with Cho left frustrated having failed to establish any sort of rhythm.

Issoufou earned a spot in the final by beating Gabon’s Anthony Obame, the London 2012 silver medallist, 16-9.

Cho dominated his semi-final against Russia’s Roman Kuznetsov, picking up a 22-4 win.

Obame and Kuznetsov were the bronze medallists.

Prior to completion of the three events, there was also preliminary rounds action held today in the men's 63kg and women's 57kg categories.

In the penultimate round of the women's 57kg, Olympic champion Jade Jones of Britain will go up against home favourite Lee Ah-Reum before Sweden's Nikita Glasnovic challenges Turkey's Hatice Kubra Ilgun.

The finals in the men's 63kg and women's 57kg categories are due to follow tomorrow’s semi-finals.

After the competitions finish, the Closing Ceremony will be held with International Olympic Committee President Thomas Bach due to be in attendance.

To re-live today's action, check out our Live Blog here.