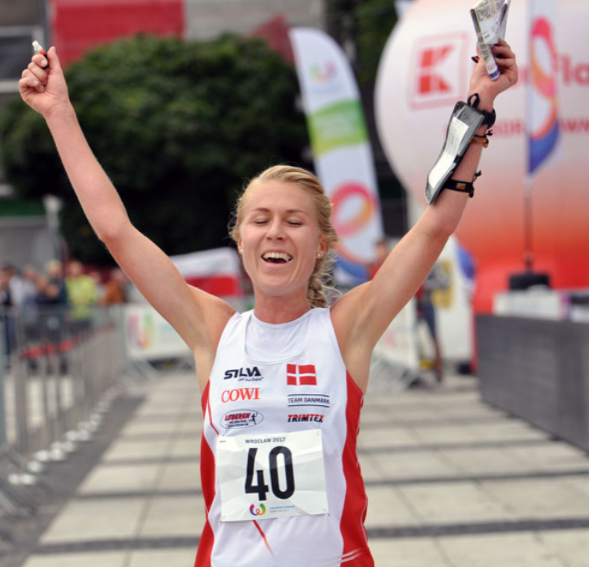 Reigning world champion Maja Alm of Denmark claimed the women's sprint orienteering title on the fifth day of competition at the 2017 World Games.

The 29-year-old produced an outstanding performance around Wrocław's old town to improve on her bronze medal four years ago in Cali and win in a time of 13min 59.50sec.

Alm finished 33 seconds in front of her nearest rival as Swiss athlete Elena Roos crossed the line in second in 14:32.50.

The men's event proved to be a lot closer with Sweden's Jerker Lysell clinching first place.

Ukraine's Ruslan Glibov's time of 14:58.50 led for most of the race until Lysell, Yannick Michiels of Belgium and Switzerland's Matthias Kyburz took to the course.

He defeated Brady Ellison of the United States, who won individual bronze at the Rio 2016 Olympics as well as team silver, 61-58 in the final.

Bronze went to Japan's Wataru Oonuki after he overcame Matija Mihalic of Croatia 63-60.

The women's title was won by German Lisa Unruh after she defeated Great Britain's Naomi Folkard in a shoot-off.

Both athletes were level on scores of 52 so were forced to shoot a single arrow to decide the winner.

Folkard shot a three but her German opponent fired a five, which handed her the title.

There was delight for hosts Poland in today's opening powerlifting final at the National Forum of Music.

Jaroslaw Olech, a 15-time world champion, lifted a combined weight of 882.5 kilograms to score a total of 650.67 points and win the middleweight division title.

This was the second gold of the Games for the hosts.

Ukraine secured silver and bronze with Volodymyr Rysiev and Andrii Naniev finishing second and third on 632.58 and 622.19 points respectively.

Priscilla Ribic of the United States was someway off in second on 632.08 while Yenifer Canelon of Venezuela claimed bronze after amassing 630.80.

Sergii Bilyi finished first in the men's heavyweight competition with a total of 662.47 points.

His compatriot Dmytro Semenenko rounded out the podium on 624.57 but Russia's Dmitry Inzarkin squeezed in between the pairing to win silver on 629.15.

Belgium's Bart Swings won his second road roller skating gold in as many days after taking the men's 10,000 metres points race title in 13:40.231 at Millennium Park.

Colombia's Fabriana Arias won the women's equivalent in 15:16.173 to clinch her fifth medal of the Games and third gold.

Frenchman Gwendal Le Pivert claimed victory in the men's 500m sprint with a time of 42.218.

Germany's Mareike Thum took gold in the women's version in 46.573.