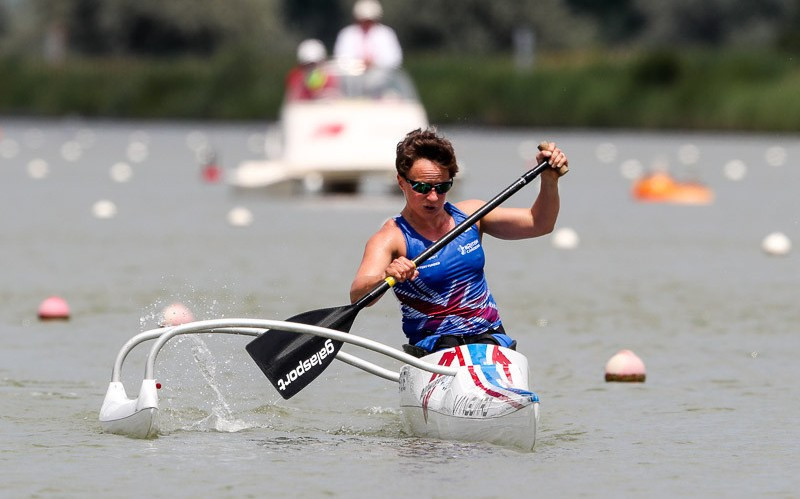 Wiggs beat team-mate Jeanette Chippington in the Va'as format which is due to make its debut on the Paralympic programme at Tokyo 2020.

She was the only athlete to break the one minute barrier when clocking 59.366 seconds.

Va'as boats have a second "pontoon" called an ama as a support float, with competitors using a single blade paddle.

“The inclusion of the Va’a for 2020 shows that the things we did in Rio made the sport stand out and it is great to get three more medal events [at the Paralympics]," Wiggs said.

"But it will be a real challenge trying to double up due to the strength and depth in the British squad.

“We haven’t focused too much on the Va’a so far this season as our focus is on peaking for [the] Worlds at the end of the season, so we are not really race ready yet.

"But based on today we are not in too bad shape and it is credit to the staff and the programme that has worked us so hard through a brutal winter.

"To be here today and share a podium with Jeanette who is my roommate and my best friend is just great.”

Wiggs will also race in her favoured kayak event in which she is the reigning Paralympic champion division tomorrow.

Curtis McGrath was among other Paralympic champions to win on day one of final.

The Australian clocked 41.340 to narrowly prevail in a KL2 200m final where New Zealand's Scott Martlew finished second in 41.501 and Azizbek Abdulkhabibov of Uzbekistan third in 42.962.

Brenda Sardón was second in 1:06.323 and Hungary's Julianna Molnárné Tóth was upgraded to a home bronze in 1:14.985 after third across the line Anja Adler of Germany was disqualified.