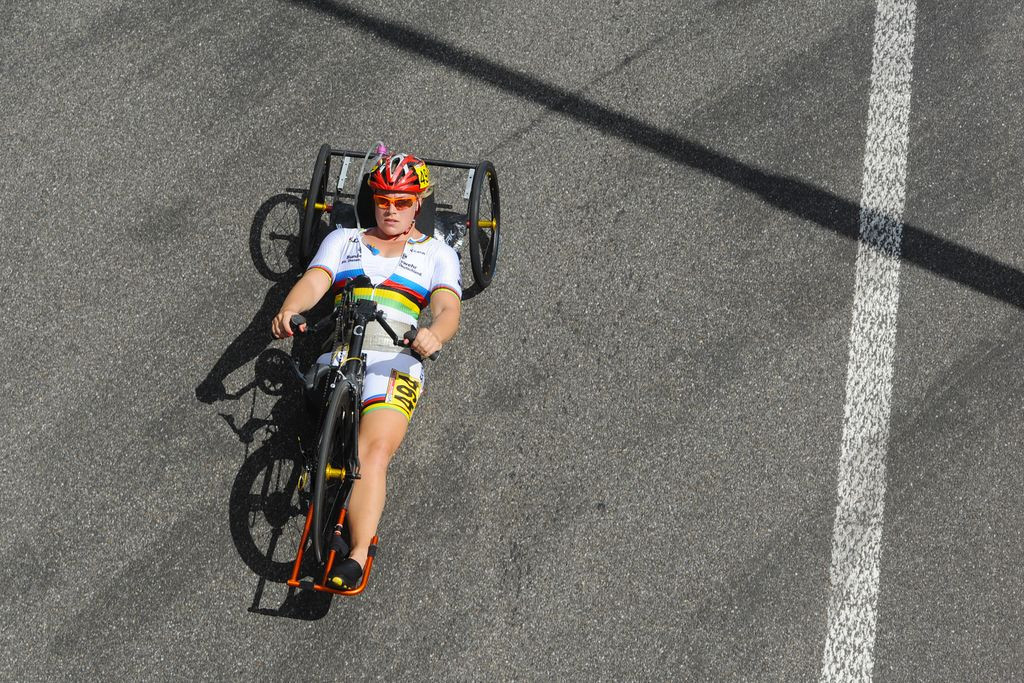 Hosts Italy and The Netherlands both enjoyed good days as the Para-cycling Road World Championships began in Maniago.

Jetze Plat, a Paralympic champion in triathlon, won the men's H4 event for The Netherlands with a time of 19:20.08.

His compatriot Paolo Cecchetto won silver on 21:12.20 and Alex Hyndman of Canada collected bronze on 21:20.58.

Another Italian win came in the men's H2 as Luca Mazzone stopped the watches at 23:14.14.

Svetlana Moshkovich took Russian silver on 24:21.16 and Sandra Graf of Switzerland was timed at 24:40.83 for bronze.

Francesca Porcellato won the women's H3 for the host nation, stopping the watches at 23:36.57.

Alicia Dana won silver for the United States on 24:03.85 and there was Brazilian bronze for Jady Martins Malavazzi on 24:20.30.

Fabrizio Cornegliani added more Italian success in the men's H1, timing in at 31:11.88.

Nicolas Pieter Du Preez of South Africa and Benjamin Fruh of Switzerland won silver and bronze on 31:27.11 and 33:46.88 respectively.

Only one woman entered the women's H1, Australia's Emilie Miller.

The men's C3 to C5, men's H5 and tandems for women and men will each complete two laps of the 13.6 kilometre circuit during the time trials, with all others racing one lap.