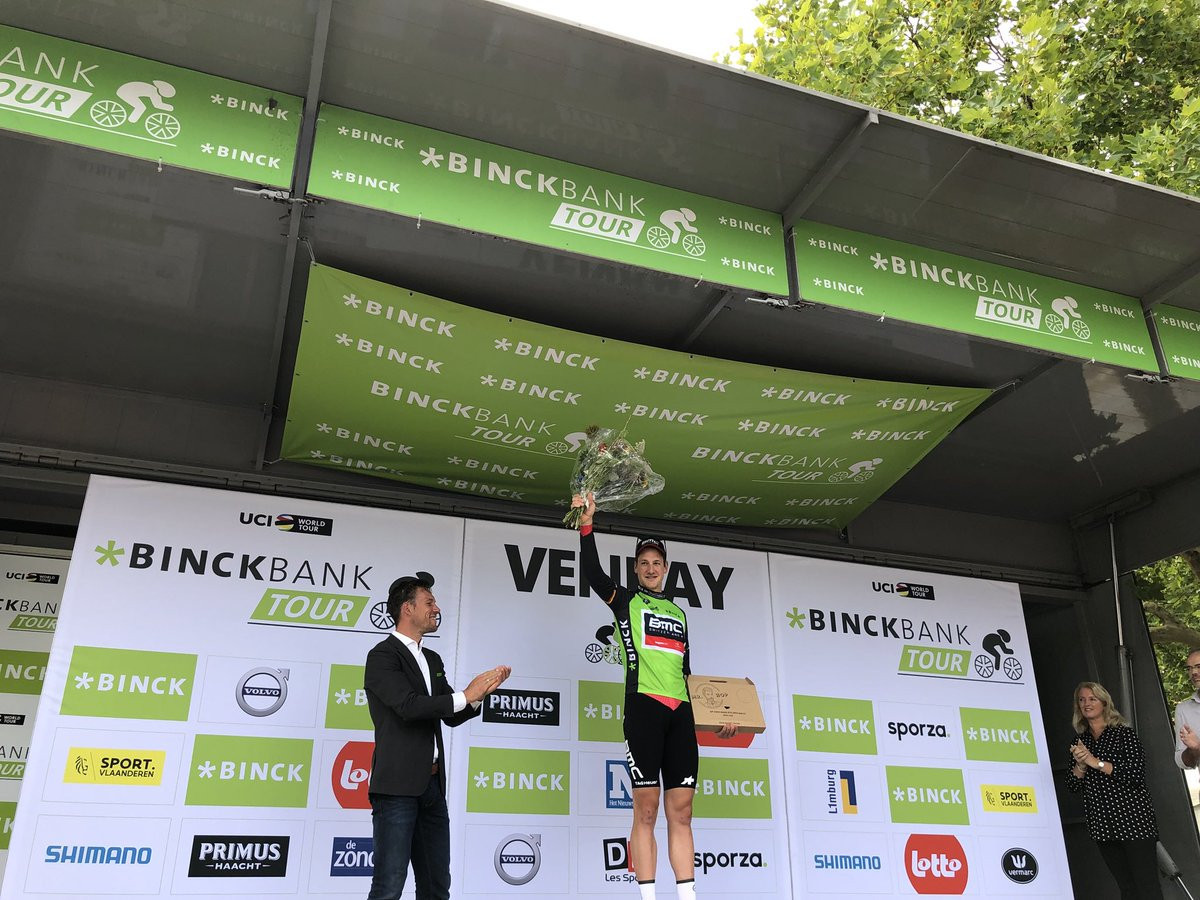 The Swiss BMC Racing Team rider triumphed by 14 seconds over the 12.7 kilometres course in a comparatively huge margin of victory given the far smaller time gaps elsewhere.

His time of 14min 11sec also powered him into the overall race lead in The Netherlands.

Victor Campenaerts of Belgium and Lotto Soudal finished second, 14 seconds behind, to continue the form he showed by winning the European time trial title in Glasgow last week.

Denmark's Team Sunweb rider Søren Kragh Andersen was another second behind in third.

Didn't have to wait as long as last year ??‍♂️ Was definately worth it. Happy with this TT @BinckBankTour ??? https://t.co/DLAomZEDDw

Dutch Quick-Step Floors rider Fabio Jakobsen finished 1:25 down to lose the first place he had held after winning the opening stage.

Küng also leads Campenaerts and Andersen by 14 and 15 seconds respectively in the overall standings.

The World Tour race will continue with a 174.9km flat stage from Aalter to Antwerp over the border in Belgium tomorrow which is expected to end in a bunch sprint.

It is due to continue until Sunday (August 19).