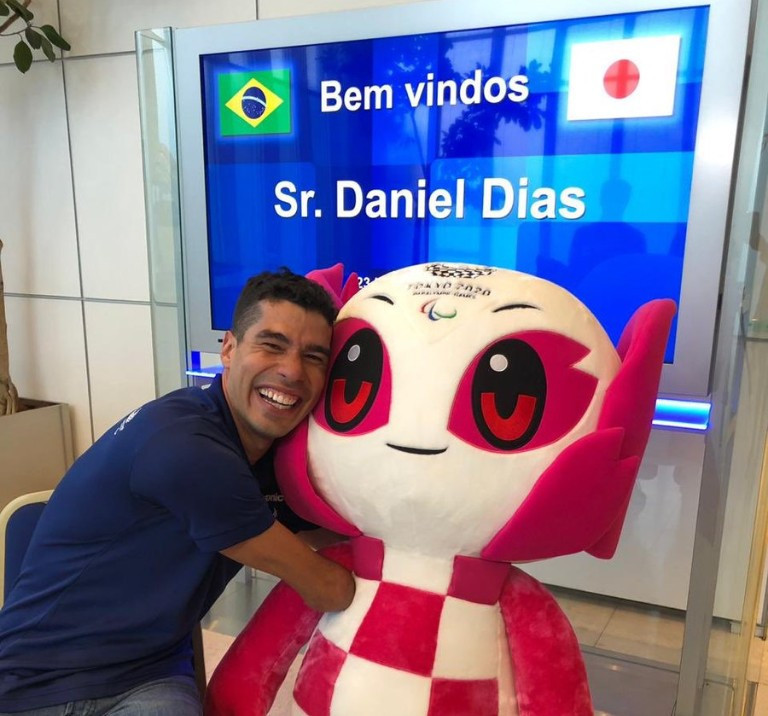 Para-swimmers Daniel Diaz and Ellie Cole participated in activities to help young Japanese students swim on a visit to Tokyo.

The pair were invited to the Japanese capital city by Japanese broadcasters WOWOW, who have been filming a series called "Who I Am".

The series is aimed at following Para-athletes during the pinnacle of their careers and showcasing their talents.

He expressed his confidence in the efforts of Tokyo 2020, claiming they would deliver a successful Paralympic Games.

"I had the greatest time in Tokyo, such a lovely country," said Dias, who won four gold medals at his home Paralympic Games in Rio during 2016.

"Everything is so organised, that I am sure the Japanese will deliver the best Games ever.

"I visited the [Games] swimming pool and even though it is still under construction I felt goose bumps already.

"I confess that I am pretty excited about the Games.

"I will go back to Brazil with an extra motivation to train.

"I can't wait to come back and compete."

Dias, Brazil's most successful Paralympic athlete, was joined on the visit by Cole.

The Australian earned two golds, three silvers and one bronze medal at the Rio 2016 Paralympics.

Both swimmers are expected to feature during the 2019 World Para Swimming Series.

The season will begin in Cole's hometown Melbourne from February 15 to 17.