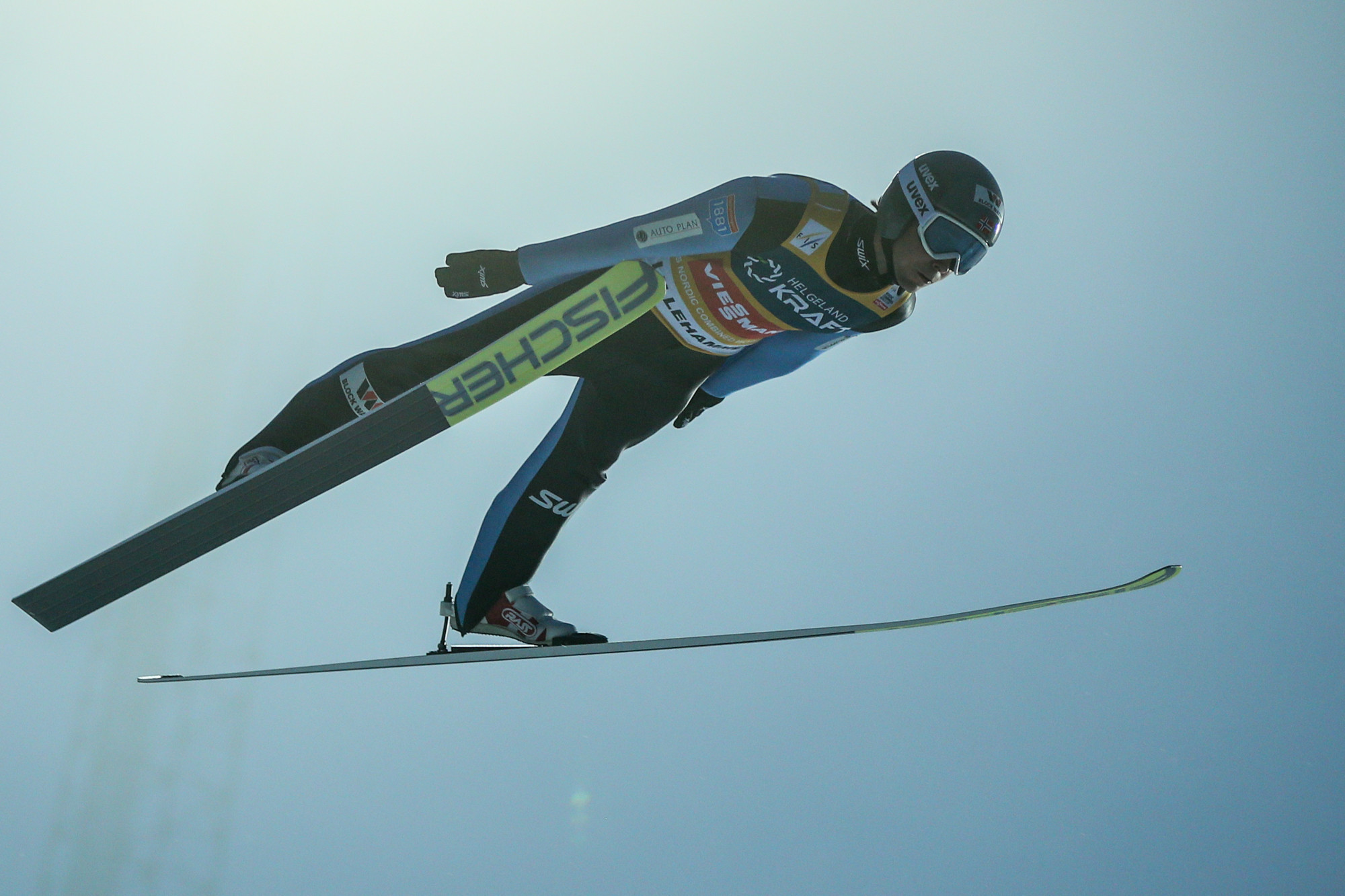 The World Cup leader had been looking to return to winning ways in Estonia after being forced to withdraw from the last event in Ramsau am Dachstein after nearly crashing in the ski jump.

He had previously claimed victories in the previous four World Cup competitions.

Riiber impressed in the pre-ski jumping phase of the event by scoring 119.7 points yesterday, which saw him begin the 10 kilometre cross-country race in second place after weather conditions prevented an official jumping round today.

He joined Austria's Franz-Josef Rehrl, the leader in the ski jumping, in a five-man group during the cross-country discipline.

Riiber attacked during the final lap of the competition as he pursued a first ever victory in Otepää.

The Norwegian was chased by Watabe, with the remnants of the leading group left to battle for third place.

Riiber was able to stay clear in the lead to secure victory, as he finished in a winning time of 23min 18.1sec.

He was followed across the line by Watabe, with last year's overall World Cup winner returning to the podium after ending 3.2 seconds behind the winner.

A trio of Austrians followed the top two, with Martin Fritz coming through the field to round off the podium at five seconds down on Riiber.

His compatriot Seidl was just 0.1 second further back, while Rehrl was a further two seconds off the pace.