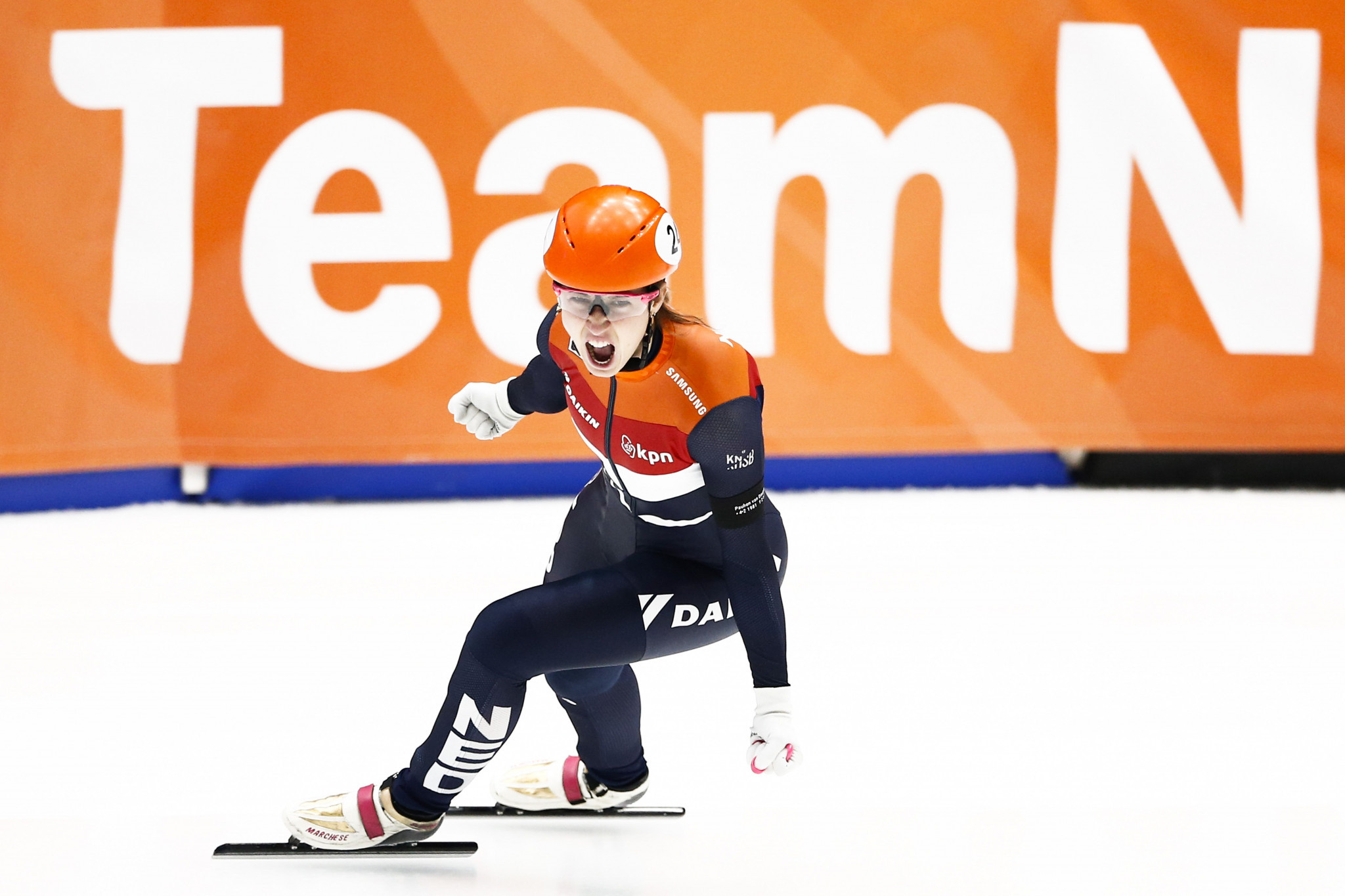 The duo have enjoyed some great battles already this term with Dutch racer Schulting ruling the 1,000 metres division and Choi sitting on top over 1,500m.

With both skaters knowing they can beat the other over any distance, however, there could well be some more great racing in the 2006 Winter Olympic host city.

As well as final World Cup points and medals being up for grabs, action at the Tazzoli Ice Rink is also the final major competition for athletes looking to hone preparations before the World Championships in Sofia next month.

Other female skaters to watch in Turin include current 500m leader Natalia Maliszewska of Poland and Russia's Sofia Prosvirnova who has looked in fine form.

In men's action, Hungary's Shaoang Liu is on the start-list despite breaking three bones in his hand following a crash at last weekend's World Cup leg in Dresden.

The Pyeongchang 2018 5,000m relay winner is second in both the 500m and 1,000m standings and has dominated the overall rankings.

China's Wu Dajing, the 500m Olympic champion who also heads the World Cup standings over the shortest distance, did not compete in Dresden and is also absent in Turin.

There will be no place either for Dutchman Sjinkie Knegt, a double Olympic medallist and six-time world champion, who suffered severe burns after a freak accident involving a wood stove.

His clothes and beard caught fire with the incident leaving him in intensive care.

Knegt was already recovering from a forklift truck accident which injured his leg in December.

South Koreans could come to the fore in the absence of the trio, with Ji Won Park leading over 1,000m and Gun Woo Kim topping the 1,500 pile.

The World Cup will take place over three days, starting with heats tomorrow.