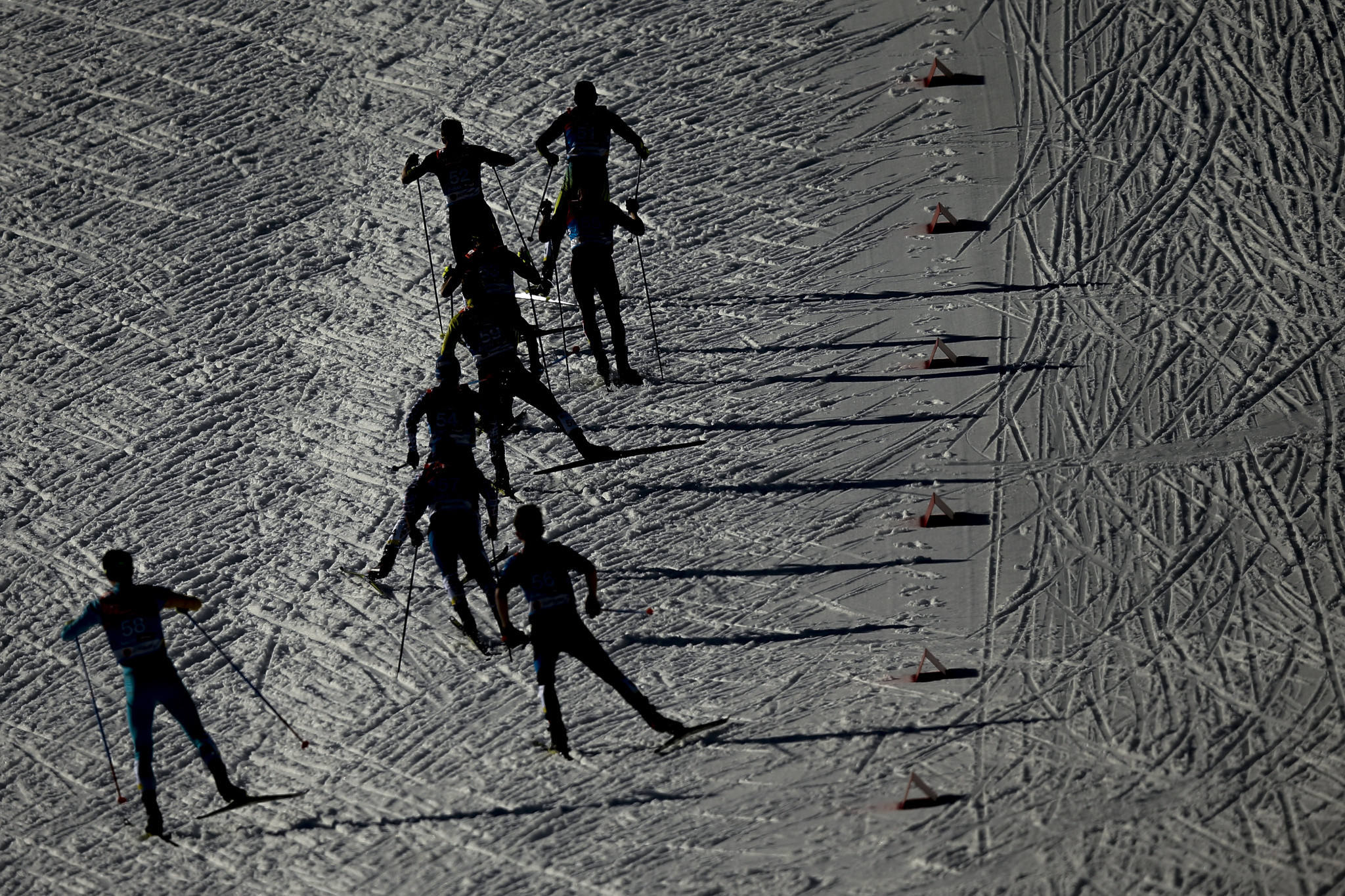 All five athletes detained in dramatic raids as part of a targeted operation against a worldwide drugs network at the International Ski Federation (FIS) Nordic Ski World Championships have been provisionally suspended, it was announced today.

In a statement, the FIS confirmed it had provisionally banned Kazakhstan's Alexei Poltoranin and the Estonian duo of Karel Tammjarv and Andreas Veerpalu pending an investigation.

Max Hauke, reportedly caught in the middle of a blood transfusion in a video which emerged yesterday, and Dominik Baldauf have received the same sanctions but fall under the jurisdiction of the Austrian National Anti-Doping Agency.

A German team doctor, identified as Mark Schmidt, and two assistants were arrested in a separate raid in Erfurt.

According to German newspaper Frankfurter Allgemeine Zeitung, blood bags and other items associated with doping were seized during the raid.

It has been claimed as many as 40 blood bags were taken by German police.

Prosecutors have said all five athletes have admitted to doping offences and have since been released after they were detained on Wednesday (February 27).

Tammjarv said he had been doping since 2016 and that his team-mate Veerpalu, son of double Olympic gold medallist Andrus Veerpalu, initially banned by the FIS for three years before the Court of Arbitration for Sport acquitted him in March 2013 in a controversial case, were aware of what had been going on.

Tammjarv told a press conference he was introduced to a German doctor by former head coach of the Estonian national Nordic skiing team, Mati Alaver.

He claimed he first tried blood doping at the 2016 World Championships in Lahti but it made him ill instead of enhancing his performance.

Tammjarv revealed he then travelled to see Schmidt in Frankfurt and Berlin and began working with the German doctor, which included re-injecting blood.

Andrus and Andreas Veerpalu were allegedly supposed to join Tammjarv at the press conference this morning but the skier claimed they both left the hotel without explanation.

The video purporting to show Hauke, a cadet in the Austrian police, having a blood transfusion was reportedly leaked by a member of the team which conducted the raids, launched in an attempt to crack down on a doping ring.

According to the Austrian Press Agency, the official who leaked the video, which has caused widespread shock in the sporting world, has been suspended.

All five athletes detained during the raid did not start the men's 15 kilometres cross-country classic race on Wednesday (February 27).

In a statement, FIS claimed the arrests were made as part of a "wide, long-term, investigation into a doping operation by a German sports medicine doctor involving multiple sports".

"While the events of the last few days have shed a negative light on the sport, it also sends a clear signal that doping will not be tolerated by FIS and comes with very steep consequences," said FIS President Gian-Franco Kasper .

"If there is a silver lining, I hope that this decisive action sends a clear message to other athletes that there will be severe personal, legal and sporting consequences against doping offenders."

The raids followed a recent documentary by ARD, in which Austrian skier Johannes Dürr, convicted of doping after the 2014 Olympics in Sochi, confessed he had doped in Germany.

In the piece titled "Doping Top Secret: Confession, Inside the mind of a doper", Dürr revealed how he cheated, admitting to blood transfusions and taking erythropoietin and growth hormones.

Dürr confessed to having his blood manipulated at hotels near Munich Airport and in other places across Germany, including Oberhof and Irschenberg.