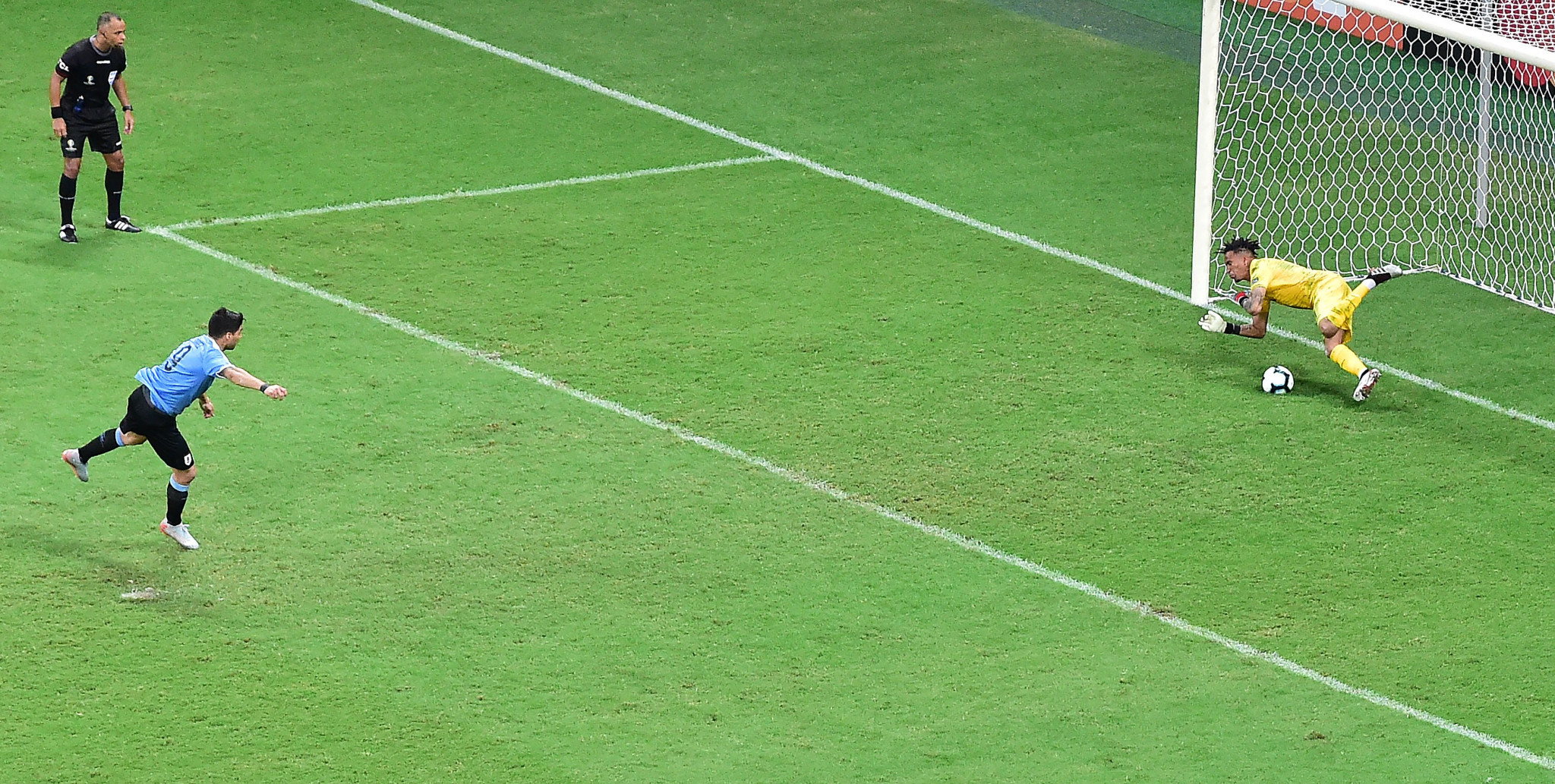 Peru booked their place in the Copa América semi-finals after securing a victory on penalties against Uruguay at the Itaipava Arena Fonte Nova in Salvador.

The Peruvian team failed to muster a shot on target throughout the 90 minutes, but were left celebrating at the end of the tie.

Uruguay will be left ruing a series of missed opportunities as they failed to make the semi-finals for the third successive edition of the tournament.

Striker Edinson Cavani went closest to breaking the deadlock, seeing an effort ruled out for offside.

Cavani was also left fluffing a golden opportunity which presented itself in the Peruvian box, but the 32-year-old blazed over from close range.

It would prove the decisive moment of the shootout as Peru found the net with each of their five penalties.

Edison Flores fired in their fifth penalty to send Peru to the Copa América semi-finals for the third time in four editions of the tournament.