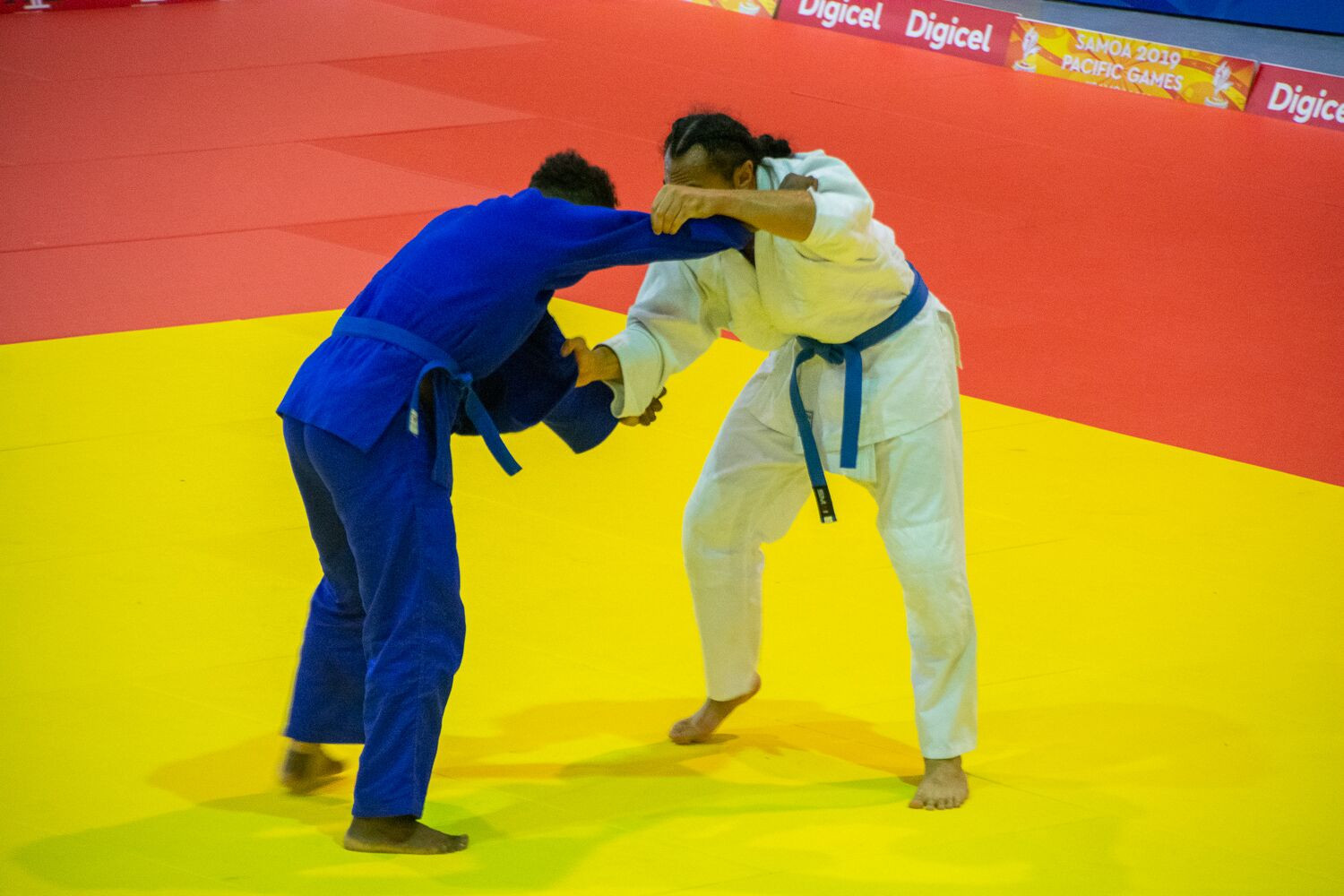 New Caledonia dominated the individual judo competitions at the 2019 Pacific Games here by winning six of the 12 medals on offer at the Faleata Sports Complex.

There was also good news for Fiji – especially the Takayawa family who saw two sisters win gold – and Guam, who picked up their first gold medal in any sport at these Games.

In the opening minute Brival earned a waza-ari with leg sweep, but Delots fought back impressively and and won via submission with 90 seconds to go.

The bronze matches were won by Maria Annette Gay of Samoa over Serah Peraka of Papua New Guinea, and Laetitia Wuilmet of Tahiti who beat Fiji's Veniana Ravesi.

Takayawa's gold followed victory for her sister Shanice in the 70kg that morning.

As only three judokas fought in that category, it was determined by a round-robin league with no bronze medal awarded – Tahiti's Poerava Temakeu won silver.

The final women's gold was won in the over-78kg category by Tahiti's Rauhiti Vernaudon with a dominant victory over Elizabeth Valentine.

The Fijian was constantly on the defensive against the aggressive Vernaudon, and eventually tapped when put in an arm lock inside the first minute.

Marie Keneke from Papua New Guinea beat Samoa's Niu Imeleta Faauma for the only bronze in that category.

The first men's gold medal decided was in the 60kg as Charles Cure defeated Cameron Fayard in an all-New Caledonia clash in just over a minute.

Maxence Cugola of Vanuatu and Tony Lomo from Solomon Islands earned their nations' first judo medals with bronze victories over J-Vick Aiyunge of Nauru and Noa Gustin from Tahiti respectively.

The men's 66kg final, again between two New Caledonians in David Mai and Ugo Langlois, proved an exceptionally tight affair with no points scored in the regulation four minutes.

It went to a golden score period and another minute of fighting was required before Mai forced Langlois to submit.

The 73kg saw a third straight final between two judokas from New Caledonia, where Jason Appavou executed a perfect throw into arm lock combo which earned him the ippon against Jéremy Le Corvaisier.

Andrew pulled out a huge ippon throw after a cagey start and looked visibly emotional as he was confirmed as Guam's first 2019 gold medallist.

Maevarau Le Gayic of Tahiti beat Hugo Cumbo from Vanuatu for bronze, while Samoa's Peniamina Percival picked up a medal for the hosts after Vincent Neris of New Caledonia withdrew.

The 100kg title went to Romain Desfour of Tahiti who earned a deserved golden point victory over Claude Cretin of New Caledonia.

The final medal event today was the men's over-100kg, with the final – rather fittingly – another all-New Caledonia affair.

Teva Gouriou and David Put did a synchronised handshake before starting their fight and proved their familiarity with a closely matched bout which Gouriou won with a single waza-ari and some strong defence.

Bronze went to Finete’ui Moala of Tonga, who beat Ra’irama Holozet from Tahiti, and the other to Samoa's Rio 2016 Olympian David Sua.

Sua beat Fiji's Nemani Takayawa, the uncle of the two earlier gold medallists who could not carry on the family’s medal run.