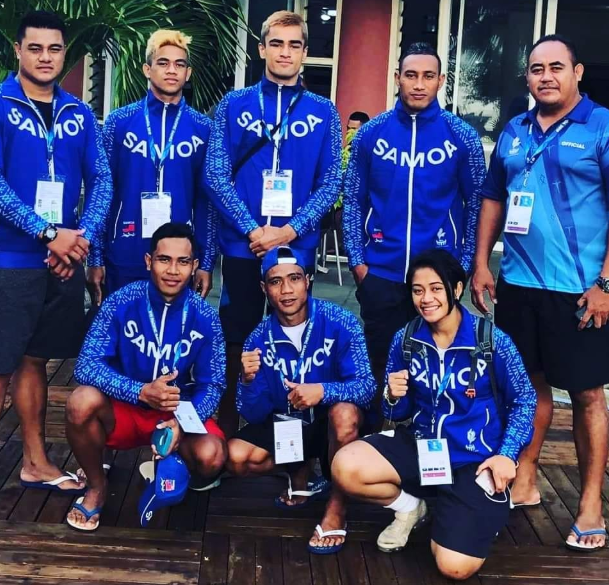 She was introduced to the cheering crowd at the medal ceremony as the "queen of Samoan boxing", and admitted she was overcome by the emotion of the occasion.

“Boxing has changed my life and I’ve made close friends who I now call family.”

They formed part of a gold rush for Samoa as the host country won the final six bouts contested at Don Bosco, culminating in Loia's triumph.

He was followed by Jancen Poutoa who won the middleweight final against New Caledonian Ramses Thimoumi, before Ato Leau Plodzicki Faoagali proved too good for Jolando Lala Lupe Taala of American Samoa.

Away from Samoan success, Jennifer Chieng provided one of the best stories from the boxing as she won the Federated States of Micronesia's first medal of these Pacific Games, gold in the women's lightweight.

The 33-year-old beat Laizani Soma from Papua New Guinea, having earlier this week spoken about the challenges she faced training for Samoa 2019.

Chieng, the only Micronesian boxer at these Games, said: “In all of FSM there is only one boxing gym.

"There are potential athletes that can be developed and we became a member of AIBA in 2014 so it has taken some time to build up the programme.

“Boxing is still a growing sport back home, the interest is there, it's just that we do not have a lot of boxing clubs.

"Organising all of that is taking some time to get off the ground.”

Soma was one of eight Papua New Guinean boxers to reach finals, however only three left Savai'i with gold medals.