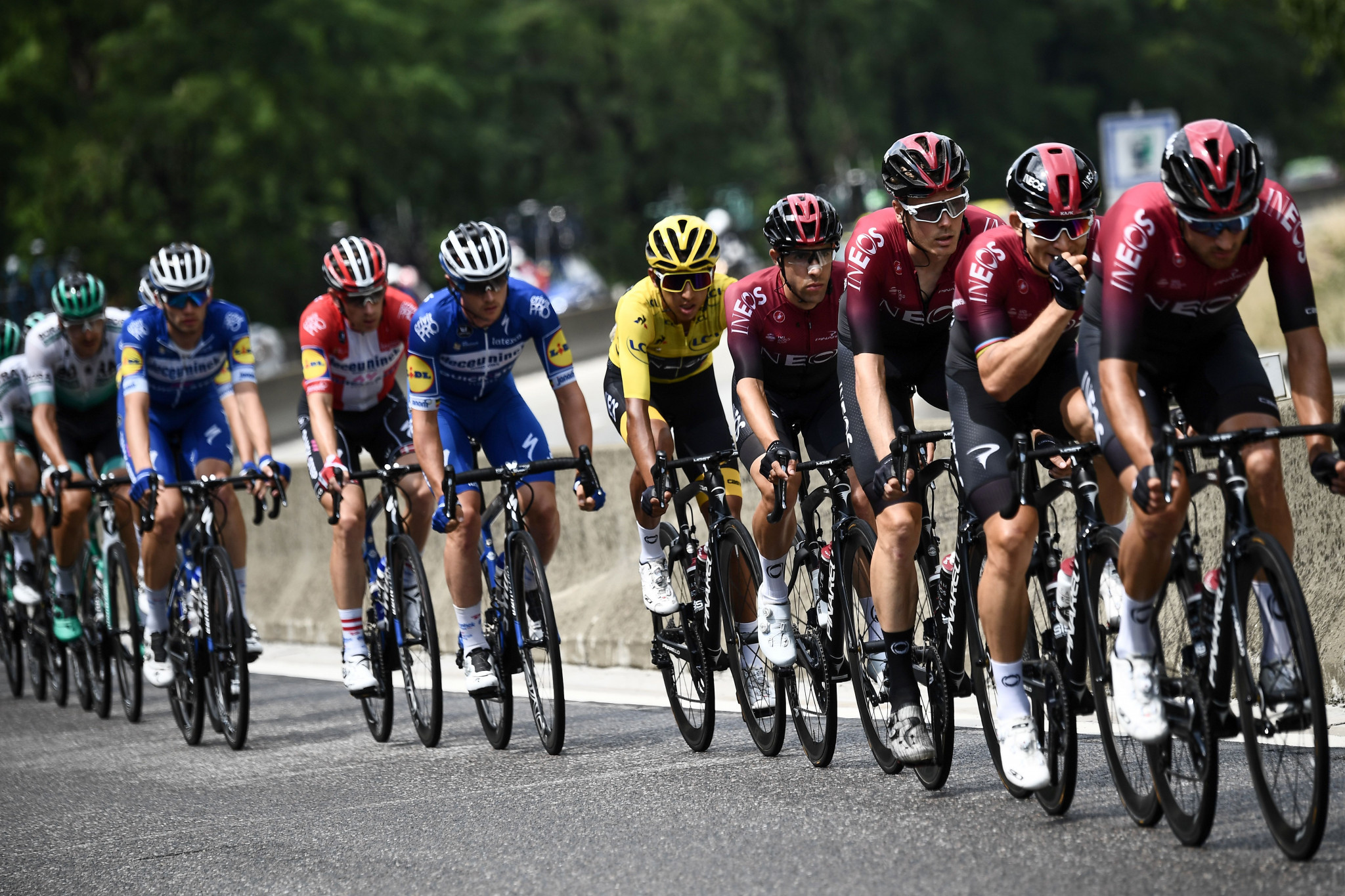 The results of an International Cycling Union (UCI) survey on the future of road events has revealed fears over a small number of teams dominating competition.

More than 22,000 people completed the survey in July as part of the UCI's "action plan" to improve road cycling.

Many fans said that the domination of teams has had a negative impact on the sport with 71 per cent claiming that grouping together the best riders in the same squad had impacted the quality of entertainment.

Seventy-six per cent also said that differences in budget made races less interesting while 50 per cent said that the outcome of races is "less predictable".

Team Ineos, which was formerly known as Team Sky, has won the last five editions of road cycling's most prestigious race, the Tour de France.

They have won seven of the last eight races in all.

Other findings in the survey revealed that 48 per cent thought the use of earpieces reduced the appeal of road events while 40 per cent said the same for power meters.

It was announced in June following a UCI Management Board meeting in Lavey-les-Bains in Switzerland that the action plan to improve road cycling had been approved.

Part of that process is the survey which allowed fans to give their opinions on the appeal of road cycling and their expectations for the future.

The UCI claimed issues that "may or may not make road cycling more enthralling" were covered in the survey.

As well as the survey, the UCI action plan will also see interviews take place with numerous stakeholders and an ad hoc working group set-up.

The group will feature riders, team representatives, organisers, broadcasters and members of the media.

It is hoped that following all of the feedback the UCI will be able to draw up a list of proposals that can be approved in 2020.

Cycling itself enjoys a positive image, however, with respondents associating it with words such as "excitement", "bravery" and "excelling oneself".

"The consultation shows us that road cycling enjoys a positive image with the fans, regardless of which continent they are from, and that, generally speaking, they are satisfied with the sport and the coverage on offer," said UCI President David Lappartient.

"They also told us, however, that there is room for improvement, such as making more information and data available during broadcasts and that serious thought should be given to aspects seen as potentially damaging to the appeal of road cycling, domination by a small number of teams or the use of radio communications for instance.

"We are continuing with our consultation work and process of reflection with a view to making road cycling even more attractive: the working group looking into this has already met once, and its members will meet again in the near future; in parallel, interviews with different stakeholders continue.

"A series of proposals will be drawn up on this basis and put before the Professional Cycling Council and the UCI Management Committee for their approval in 2020."

The full results of the survey can be found here.