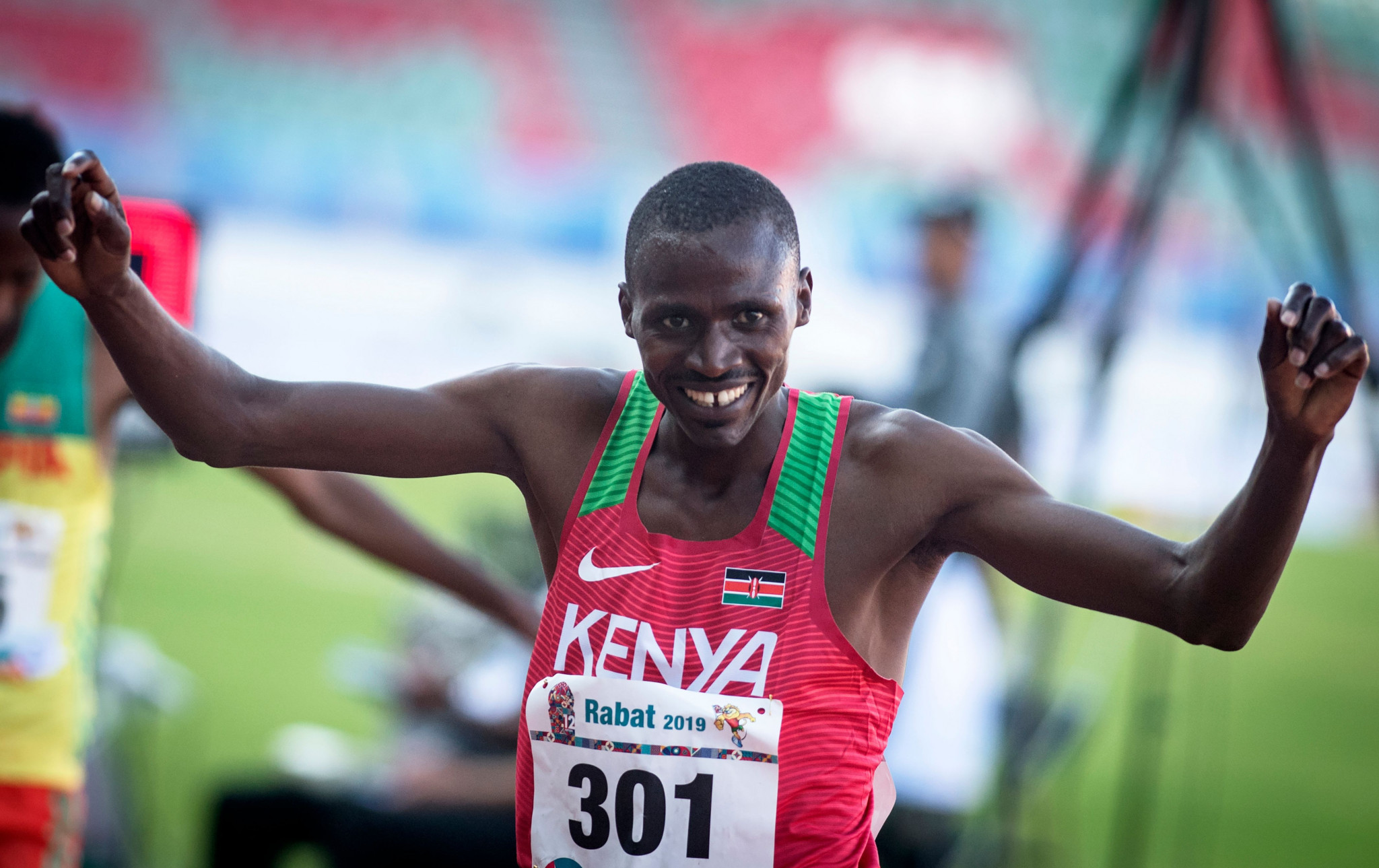 Benjamin Kigen of Kenya triumphed in the men's 3000 metre steeplechase as the first day of athletics took place at the 2019 African Games in Morocco.

The 26-year-old finished the race at Rabat's Prince Moulay Abdellah Stadium in 8min 12.39sec, followed by Getnet Wale Bayabl of Ethiopia in 8:14.06 and Morocco's Soufiane El Bakkali in 8:19.45.

Egypt's Shehab Ahmed earned gold in the men's discus throw, managing a distance of 59.29 metres to do so.

Silver went to Ayomidotun Kelvin Ogundeji of Nigeria with 57.82, while Elbachir Mbarki delighted the home crowd with bronze after throwing 56.92.

There was another medal for Morocco in the triple jump, with Jamaa Chnaik recording 13.69 to take silver.

Completing the podium was Zinzi Chabangu of South Africa with 13.59.

The first of the fencing medals were also awarded at the Moulay Rachid National Sports Center.

Tunisia claimed both gold medals available, with Farès Ferjani earning the first after defeating Medhat Moatez of Egypt in the men's individual sabre.

The finalists were both joined by their countrymen on the podium, with Mohab Samer of Egypt and Tunisia's Ahmed Ferjani receiving the bronze medal.

Egypt's Noha Hany was the defeated opponent in the final, with her compatriot Yara Elsharkawy and Morocco's Youssra Zakarani the bronze medallists.

Despite failing to top the podium in the fencing, Egypt enjoyed success in the shooting competition.

Ahmed Kamar was victorious in the men's trap competition, followed by Redouane Mouqtadir and Younes Haj Ali of Morocco.

Maggy Ashmawy then took another Egyptian gold in the women's trap, with Morocco's Yasmine Marirhi and Algeria's Saadia Zeggane completing the podium.