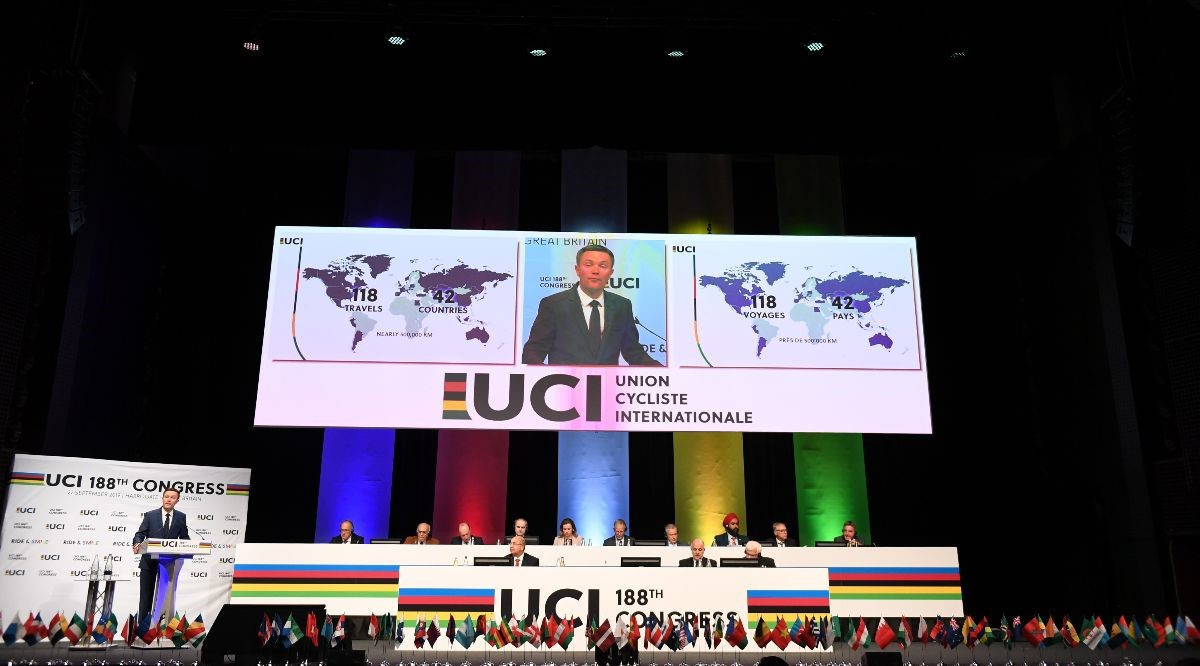 France and Denmark were among nations awarded World Championships by the International Cycling Union at the governing body’s annual Congress in Yorkshire.

The Congress too place alongside the UCI Road World Championships, with 108 National Federations represented.

A total of 10 World Championships were awarded by the UCI, including two to France in the build-up to the 2024 Olymipc Games in Paris.

The Saint-Quentin-en-Yvelines velodrome, due to be a Paris 2024 venue, was awarded the 2022 UCI Track Cycling World Championships.

It previously held the event in 2015 and it serves as the national velodrome of the French Cycling Federation.

Denmark will stage the event two-years later in the build-up to the Olympic Games, with Ballerup having been awarded the 2024 event.

Located in Copenhagen, the Ballerup Super Arena will be hosting the Championships for the third time having previously held them in 2002 and 2010.

It was also confirmed that the 2022 Junior Track Cycling World Championships will again take place at the UCI’s headquarters in Aigle in Switzerland.

It will be the third edition of this event organised at the velodrome of the UCI World Cycling Centre, following on from 2016 and 2018.

Two editions of the BMX World Championships were awarded, with the French city Nantes welcoming athletes for the 2022 event.

The UCI claimed the award is in line with the country’s desire to welcome major events between now and the opening of the Paris 2024 Olympics.

Rock Hill will host the 2024 event with the American venue hosting the event for the second time, having done so back in 2017.

Located in South Carolina, Rock Hill has stage rounds of the BMX Supercross World Cup in 2015, 2016 and 2019, with another due to be held next year.

The 2022 UCI Para-cycling Road World Championships were awarded to Baie-Comeau in Canada.

Rounds of the World Cup circuit have taken place in Baie-Comeau, located in Québec, in 2018 and 2019.

The UCI also confirmed Bern would host the first edition of the Pump Track World Championships next month, an event sponsored by Red Bull.

Competition will take place from October 18 to 19, with the competition in Switzerland expected to attract BMX and mountain bike riders.

"As was the case last year at the Management Committee meeting in Innsbruck, Austria, we have again been able to award a large number of UCI World Championships for the 2020-2024 period," UCI President David Lappartient said.

"We now know nearly all the venues of the Worlds for our Olympic disciplines through to 2024 and for almost all of our World Championships until the end of 2021.

"This welcome success demonstrates the popularity of the UCI’s major annual competitions, which are both magnificent events from a sporting point of view, and fantastic opportunities in terms of economic benefits and enhancement of image for the cities and regions that host them.

"I look forward to moving forward with them in the preparation of our future World Championships."

The UCI also awarded the UCI Bike City label to four cities and regions, an honour aimed at recognising their strategy for the development and promotion of every-day cycling.

The Bike City label also highlights their commitment to the organisation of events on the UCI calendar.

Copenhagen, Glasgow, Paris and Tirol in Austria were all granted the status.

"We are delighted to expand our network of cities and regions holding the UCI Bike City label, and wish to thank the new recipients for their commitment to both elite cycling and cycling for all," Lappartient said.

"With their global strategy aiming to create and promote safe cycling conditions for their own population and for visitors, they are setting examples that can inspire all communities.

"The UCI is pleased to contribute to the international visibility of the initiatives rewarded today.

"We now have a network of 14 exemplary cities and regions when it comes to the promotion of cycling, and we will continue to develop this network in line with the UCI’s Agenda 2022."

A total of 10 cities and regions have received the label since 2016 in addition to the four new awards.