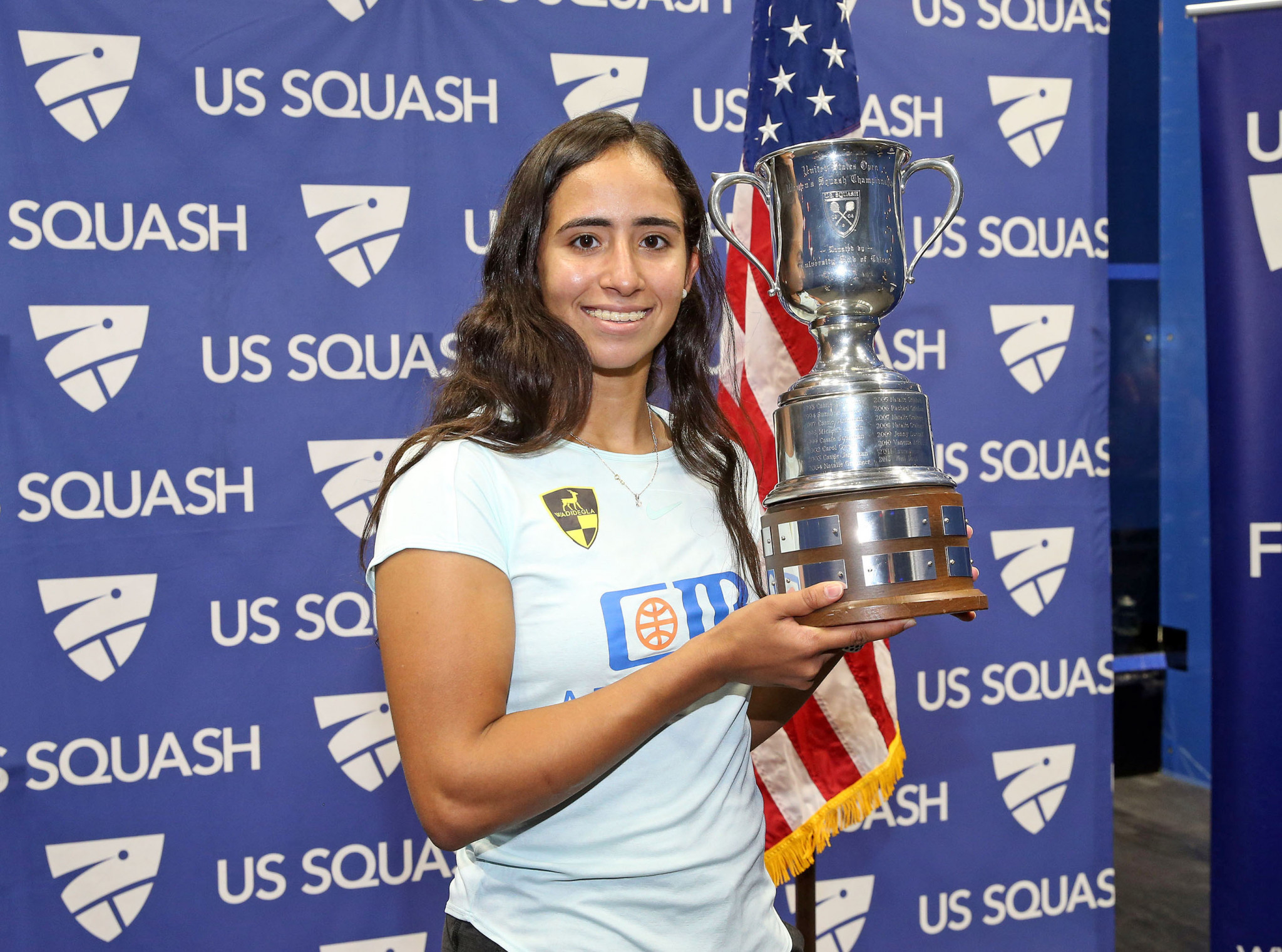 The 2017 champion El Tayeb stormed into a commanding 2-0 lead and was poised for glory once more at 11-10 up in the third game.

The win represents a third PSA title for Gohar, who will rise to world number two in the November PSA world rankings.

"It was so tough out there, I felt my legs burning and it was like I was doing court sprints with Nour out there in the first two games.

"I just tried to hang in there and I didn’t want the crowd to be upset about a bad final match.

"I was thinking ‘that’s the worst final ever’, but it turns out, and I hope, it was a good one."

There were better fortunes for El Tayeb's husband, Farag, in Philadelphia.

The world number one made no mistake in adding to his 17 PSA titles as he defeated fellow Egyptian Mohamed ElShorbagy in 40 minutes.

ElShorbagy, winner at both the JP Morgan China Open and Oracle NetSuite Open in the last month, had no answer as Farag put on a masterclass.

"To be winning not only a major, but the U.S. Open, which is one of the most prestigious tournaments we have on the calendar, it feels amazing," Farag said.

"It’s a good day for the family, I can’t be too disappointed but there is no one I hate more in this building than Nouran Gohar right now!

"I’m kidding, both Nouran and Nour played an amazing match and that’s how squash should be played."

The remaining spots in the tournament, due to be held in June 2020, will be allocated through the "Road to Egypt" standings.

The next PSA World Tour event is scheduled to be the CIB PSA Women's World Championship in Cairo between October 24 to November 1.