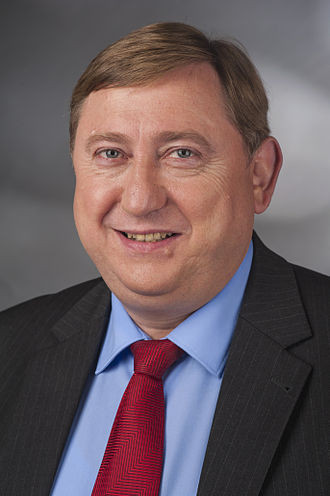 Germany's efforts to bring the 2025 Summer Universiade to the country have received the backing from Left Party politician André Hahn.

As reported by German public broadcasting radio station Deutschlandfunk (DLF), Hahn - a member of the German Bundestag - thinks the application is something "worth supporting".

DLF reports the Rhine-Ruhr metropolitan region, in the state of North Rhine-Westphalia, is now the only candidate.

The other applicants - Leipzig, Frankfurt am Main and Berlin - have pulled out for varying reasons.

Hahn, who also sits on the German Bundestag Sports Committee, claims there would be "support" among the national population for staging the event in six years' time.

"I believe that the people in Germany are basically enthusiastic about sports," he said.

Munich intended to submit a bid for the 2022 Winter Olympics before plans were cancelled, while Hamburg withdrew from the race for the 2024 Summer Olympics.

Hahn believes the Universiade is a more attractive proposition.

"At the Olympics, it's also about marketing, commerce, crowding out people from their ancestral areas, huge new buildings needed for sports facilities," he said.

According to Hahn, the German application for the 2025 Summer Universiade would focus largely on already existing sports facilities and plan "no great new buildings".

This would most likely have to be plucked up by the Federal, State and Local Governments, but Hahn insists the money would be well invested as long as it is sustainable.

The German application for the 2025 Summer Universiade is due to be discussed by the German Bundestag Sports Committee tomorrow.

Senior Federal Interior Ministry officials, members of the German Bundestag and the German Olympic Sports Confederation were present at the 2019 Summer Universiade in Naples to understand the scale and character of the biennial event.