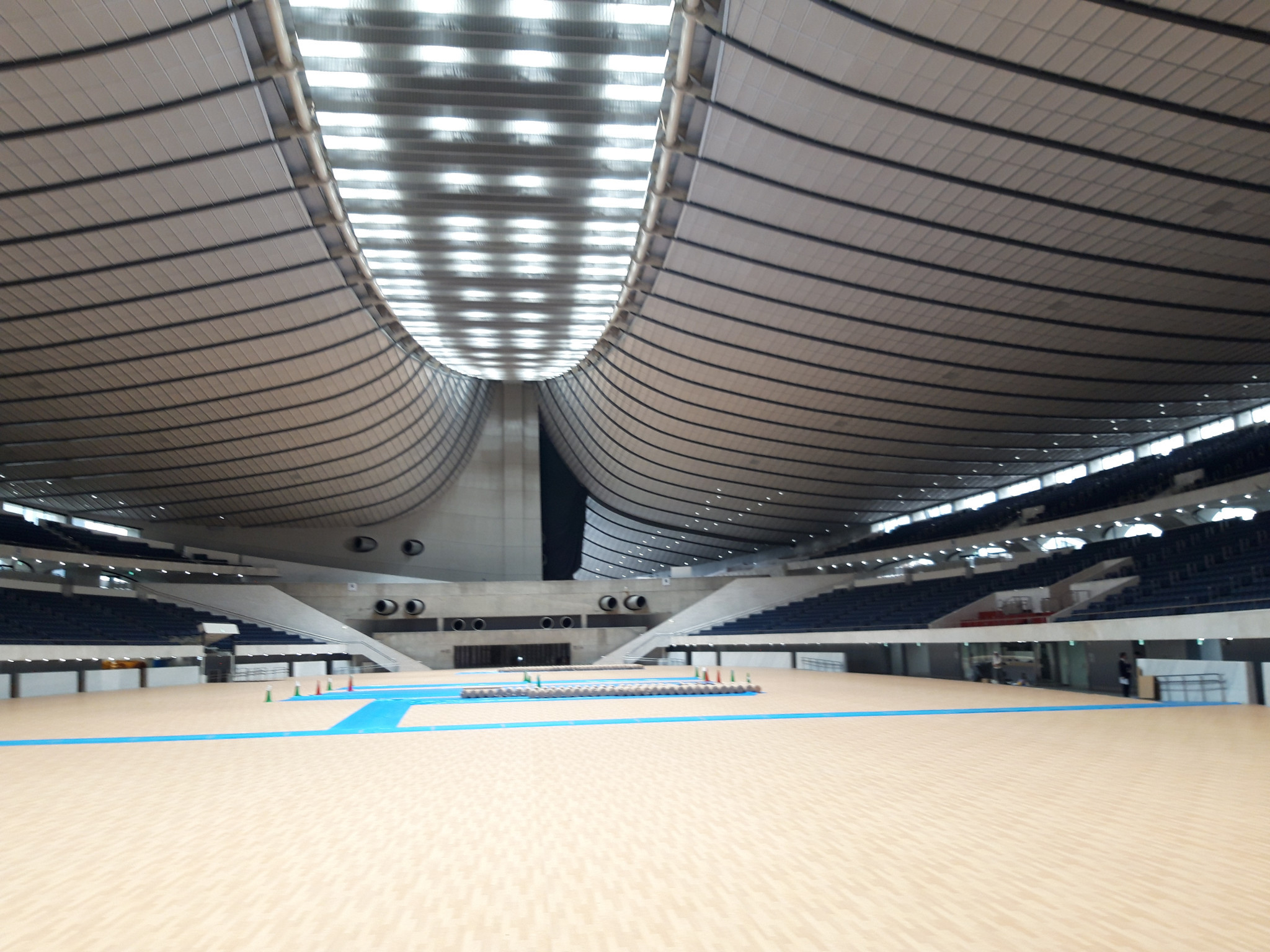 The Yogogi National Stadium has been highly acclaimed as an Olympic legacy with just nine months to go until the Olympic Games begin here in Tokyo.

The stadium was originally built for the 1964 Olympic Games in Tokyo, where it staged swimming, diving and basketball events.

It has since undergone a JPY 20.5 billion (£18 million/$23 million/€20.8 million) refurbishment and is now preparing to host the handball tournament at the Olympics.

It will also be the scene of badminton making its Paralympic debut a few weeks later, as well as staging the wheelchair rugby competition.

A high-tension suspension has made the magnificent stadium famous worldwide and the adjacent Yogogi Park also has Olympic legacy status.

Encompassing two stadia in one, the main arena is almost ready for action, with a marble finish on some of the seating areas.

The second arena, to house the media centre, as well as a 25-metre sub-pool which remains from the Tokyo 1964 Games, is scheduled to be completed in June.

During the Tokyo 2020 World Press Briefing tour of the venue today, the communications team explained the work on the secondary building was "to bring it into line with Japan's building regulations on earthquake resistance".

Two test events are scheduled at Yogogi National Stadium - one in November for handball and Para-badminton and a second next March for wheelchair rugby.

Spectators will be given an authentic taste of Japan when visiting the Ariake Gymnastics Centre.

A special effort in sustainability, pine wood has been used for the main beams at the venue, with the wood used understood to be sourced from Japan.

The arched nature of the beams and the arena's wooden features throughout show a respect for Japanese culture.

The temporary venue is just two weeks away from completion and will host the artistic and rhythmic gymnastics and trampolining events at the Olympic Games, before boccia is contested during the Paralympics.

At the conclusion of the Games, the centre will become an exhibition hall.

In a bid to improve Para-sport interest across Japan, Tokyo Metropolitan Gymnasium is hosting a World Wheelchair Rugby Challenge to coincide with the Rugby World Cup.

Seating for up to 55 wheelchair users has been made available in an upgrade to the building, which hosted water polo and gymnastics events at Tokyo 1964.

With minor adjustments to be ironed out, the venue is due for completion in January and will hold a capacity of 7,000 people.

Table tennis and para-table tennis will be contested during Games-time, with a team test event programmed in for November 6 to 10.

The Olympic New National Stadium is just a month away from completion and could only be viewed on the venue tour from the outside terrace of the Tokyo Metropolitan Gymnasium.

It will host the Opening and Closing Ceremonies, as well as athletics and football tournaments at both the Olympics and Paralympics.