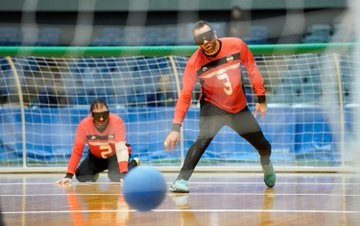 Defending champions China and Japan are through to the respective men’s and women’s finals at the International Blind Sports Federation Goalball Asia-Pacific Championships in Chiba.

A low scoring first-half saw South Korea establish a narrow 2-1 lead thanks to goals from Intae Jeong and Sungwook Hong.

But China would not go down without a fight and levelled just 40 seconds into the second-half through Mingyuan Yang, his second goal of the game.

Standing between China and glory are 2017 silver medallists Iran, who came from behind to defeat hosts Japan 3-1 in the other last-four encounter.

South Korea and Japan will contest the bronze medal match.

In the women’s event, Japan earned their spot in the final with a 3-1 win over Australia.

The Japanese first found a way past the Australian defence in the first-half as Norika Hagiwara squeaked the ball over the line.

In the second-half, it took Kakehata Eiko five minutes to find the back of the net again, but Australia kept fighting and two minutes later Meica Horsburgh pulled one back.

It was Eiko who found a way through late on, though, to end the scoring.

China await Japan in the final after they overcame South Korea 9-1.

South Korea and Australia will go for the bronze medal with the latter hoping for a repeat performance from 2017.

China, Japan, Australia and South Korea were the top-four finishers, with Thailand fifth and Indonesia sixth.

The champions of both the men's and women's events, to be determined tomorrow, will qualify for next year's Paralympic Games in Tokyo, providing they have not already booked their place.

If that happens, the next best-ranked side will advance to Tokyo 2020.