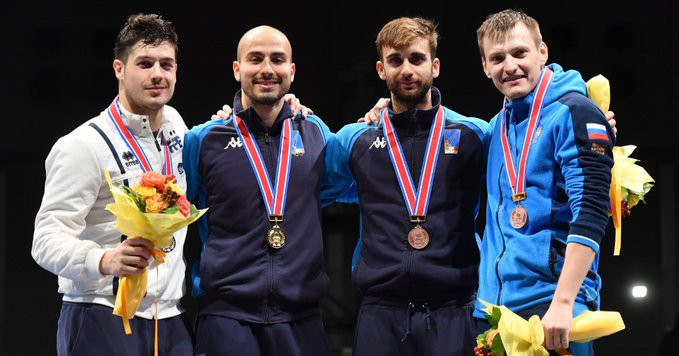 Foconi dominated the contest from start to finish on his way to recording a 15-5 victory in a one-sided final at the Makuhari Messe Hall.

Pauty, a member of the French squad which claimed team silver at this year's World Championships in Budapest, overcame Russia's Alexey Cheremisinov by the same scoreline to reach the final.

The Frenchman was unable to cope with the speed and guile of his Italian opponent in the gold-medal bout.

Cheremisinov and Garozzo were forced to settle for bronze following their semi-final defeats.

Victory for Foconi, the reigning European champion, saw him add another major medal to his collection after he earned bronze at November's World Cup in Bonn.

The competition in the Japanese capital, part of the "Ready Steady Tokyo" test event series for next year's Olympics, concludes with the team tournament tomorrow.