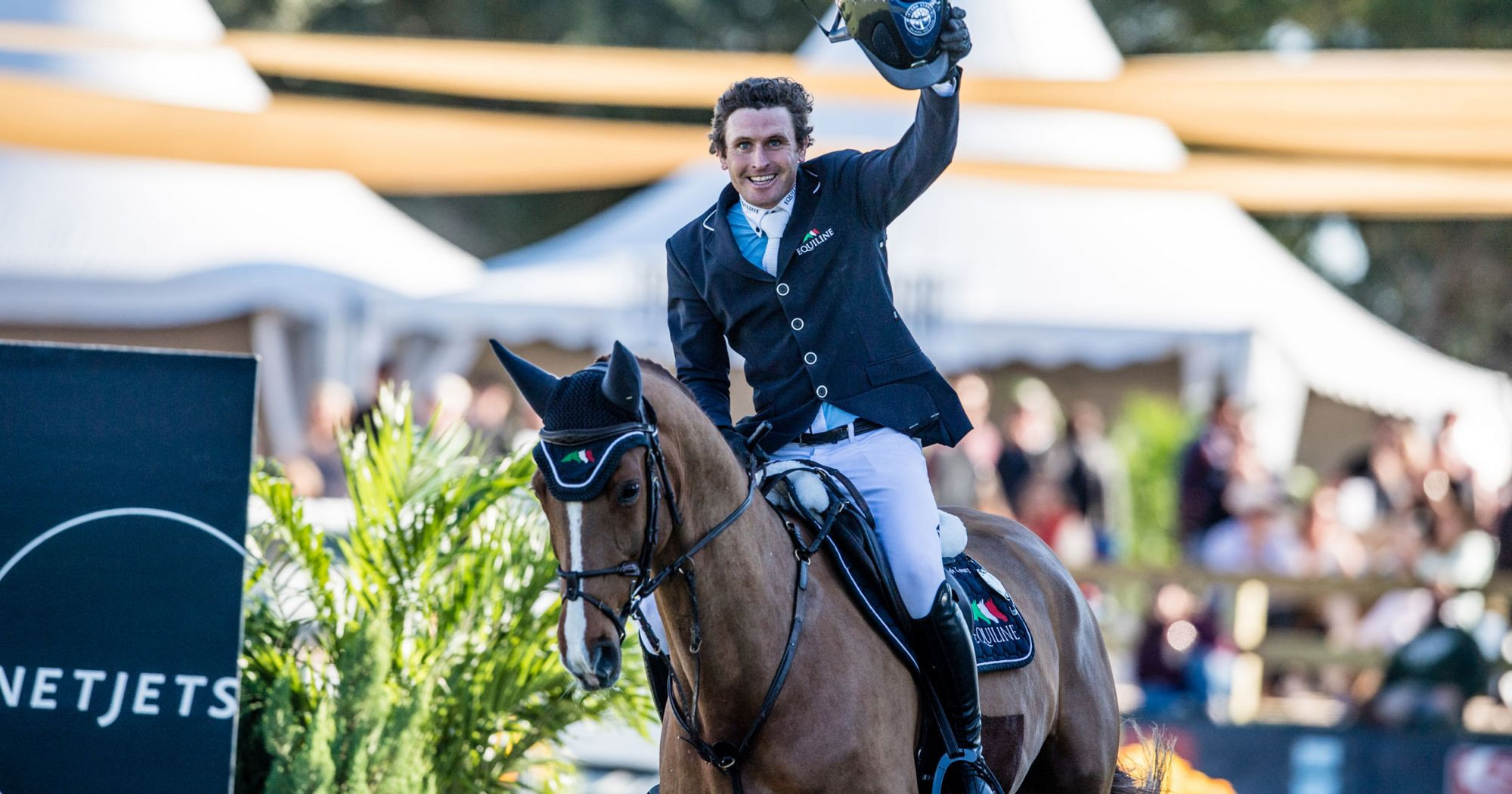 The world number eight and his horse Classic Dream recorded a winning time of 36.70sec at Deeridge Farm in Florida.

"He was fantastic, he jumped unbelievably," said Kenny.

"He's such an incredible horse, because he's so simple to ride.

"He just wants to jump the jumps clear, and today he was super."

A dream come true for Darragh Kenny in wonderful Wellington! 🤩

The Irishman stunned crowds as he jumped to new heights and raced to new speeds aboard the incredible Classic Dream.

Cassio Rivetti of Brazil finished second aboard Bacara d’Archonfosse with a time of 38.29, while American Devin Ryan and Eddie Blue finished third in 39.00.

The top three were the only riders to complete a clear first round to advance to the jump-off, where they all repeated the feat.

Kenny earned 20 points towards the World Cup Final, scheduled to be held in Las Vegas in April, and also moved up to 10th in the Western European League standings on 45 points.

Beezie Madden of the United States finished sixth on Breitling LS, moving to the top of the North American League east coast standings with 59.

The North American League continues in Leon in Mexico on Saturday (February 8).