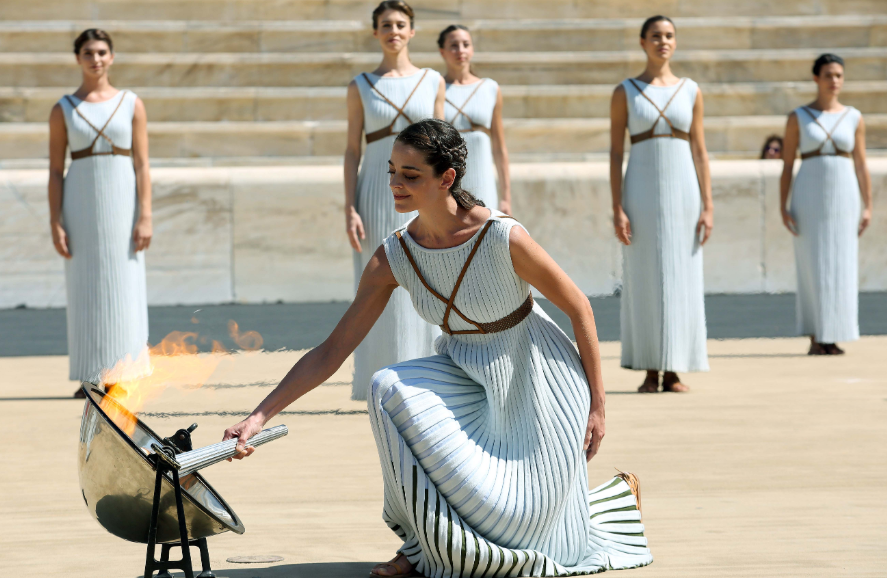 Tokyo 2020 have given their backing to the decision of Greek organisers to hold the lighting of the Olympic flame here without spectators on Thursday (March 12) as part of their measures against the spread of coronavirus.

Only 100 guests invited by the International Olympic Committee (IOC) and Tokyo 2020 will be present to watch the first Torch bearer Anna Korakaki carry the flame away from the Ancient Olympic Stadium at the beginning of the relay in a Ceremony which normally attracts thousands to the site.

IOC President Thomas Bach is expected to be joined by Prokopis Pavlopoulou, the Greek President, in one of his final engagements before the formal end of his term of office.

"Today, the Hellenic Olympic Committee (HOC) announced that the Lighting Ceremony of the Olympic Flame will take place without spectators present," a Tokyo 2020 statement said.

"One hundred accredited guests from the International Olympic Committee and Tokyo 2020 Organising Committee will participate.

"Tokyo 2020 is grateful for the efforts of all parties involved to ensure that the Ceremony will take place while taking into consideration the latest countermeasures by the Hellenic Government against COVID-19.

"As part of Tokyo 2020’s commitment to delivering a safe and secure Torch Relay, the Organising Committee will reduce the size of its traveling delegation as much as possible, and will take every consideration for protecting public health as Tokyo 2020 participates in the Lighting Ceremony of the Olympic Flame."

It was also confirmed that the final full dress rehearsal, scheduled for Wednesday (March 11) will be also be  held without spectators.

A reserve lit at the rehearsal will be held on standby in case the weather makes it impossible to kindle a flame on the day of the actual Ceremony.

The Ancient Olympia archaeological site where the lighting is set to take place was closed today "due to emergency measures to avoid and limit coronavirus".

A total of 73 cases of COVID-19, as coronavirus has been officially named by the World Health Organization, have been confirmed in Greece.

Organisers of the Olympic Flame lighting ceremony have also called upon local Mayors on the torch route to follow precautions recommended by the Greek Health Ministry during the week long relay around Greece.

"We urge the Mayors of the cities through which the Olympic Flame will pass or stay overnight to follow the instructions of the Ministry of Health and the National Public Health Organization." said the Hellenic Olympic Committee (HOC).

The HOC have not ruled out further changes to the programme which, they claim, will be taken "with a view to protecting public health".

Even accounting for the early season, the streets of Olympia seem noticeably quieter than usual and not all the shops are open.

Although the Olympic flags and those of Japan and Greece line the main street, the programme of events  and celebratory dinners which would normally accompany the week have been cancelled.

Heavy rain this morning added to the difficulties but the forecast for the remainder of the week is fine and a further rehearsal is scheduled for tomorrow.