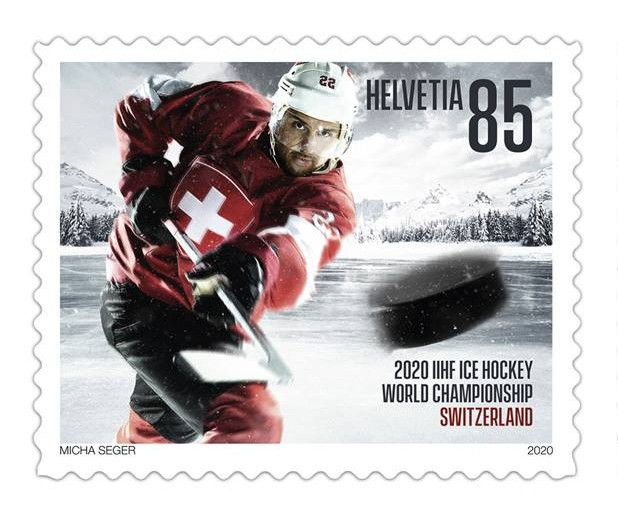 Two special stamps have been created for the event, scheduled to take place in Lausanne and Zurich between May 8 and 24, and which will mark the centenary of the Swiss national team making its debut at the IIHF World Championships.

The goalkeepers' perspective is rarely seen, and it is this angle that makes the motif so interesting, Swiss Post claim.

On the CHF1 (£0.80/$1.05/€0.95) stamp, sportsmanship takes centre stage, Swiss Post explain in the marketing literature, with five players in motion, reflecting team spirit and the power and speed that, it is claimed, is so typical of ice hockey.

Both motifs are simplified to red and black to help them, Swiss Post claim, to stand out from the background, which is in cool tones of blue and grey.

This background depicts the host nation of Switzerland with the Eiger, Mönch and Jungfrau mountains.

The new stamps will be available from all Swiss Post branches and the online shop from today.