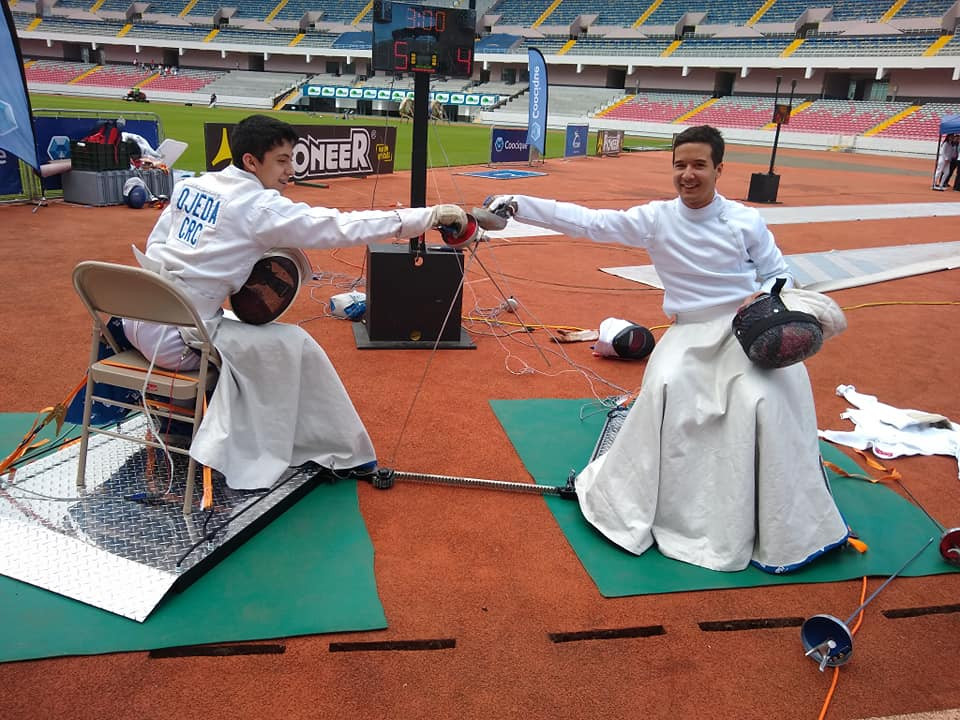 Wheelchair fencing was showcased as part of an event in Costa Rica which saw scholarships and grants delivered to national athletes.

It was the only Paralympic sport to be presented during the official delivery of scholarships and grants to national athletes by the Sports Ministry and National Sport Institute (ICODER) at the National Stadium in San Jose.

In attendance for the showcase event were the President of the Costa Rica Olympic and Paralympic Committee Henry Nunez Najera, and Sport Minister Hernan Solano Venegas.

Special guests, the President of the Republic of Costa Rica Carlos Alvarado Quesada and First Lady Claudia Dobles Camargo, also attended to watch the wheelchair fencing presentation and even had a go at the sport for themselves.

Able-bodied national team fencers also participated by sitting in the fencing chairs and sharing the Paralympic equivalent to the gathered guests which included representatives of other national sport federations.

Wheelchair fencing continues to gain traction around the world!

In February, the sport was featured in front of the President of Costa Rica!

The showcase in San Jose as part of the scholarship and grant Ceremony followed on from a series of workshops held for aspiring athletes in 2018 and 2019.

The Costa Rica Fencing Federation welcomed the latest opportunity to promote the sport, describing it as a successful event which helped towards their aim of developing the sport within the country.

“There is a lot of support and interest from our sport authorities," said Alberto Cruz, the federation’s technical manager.

"We will keep working on the development of our sport in our country, and hopefully organising other activities that could also benefit development in the Central American region.”