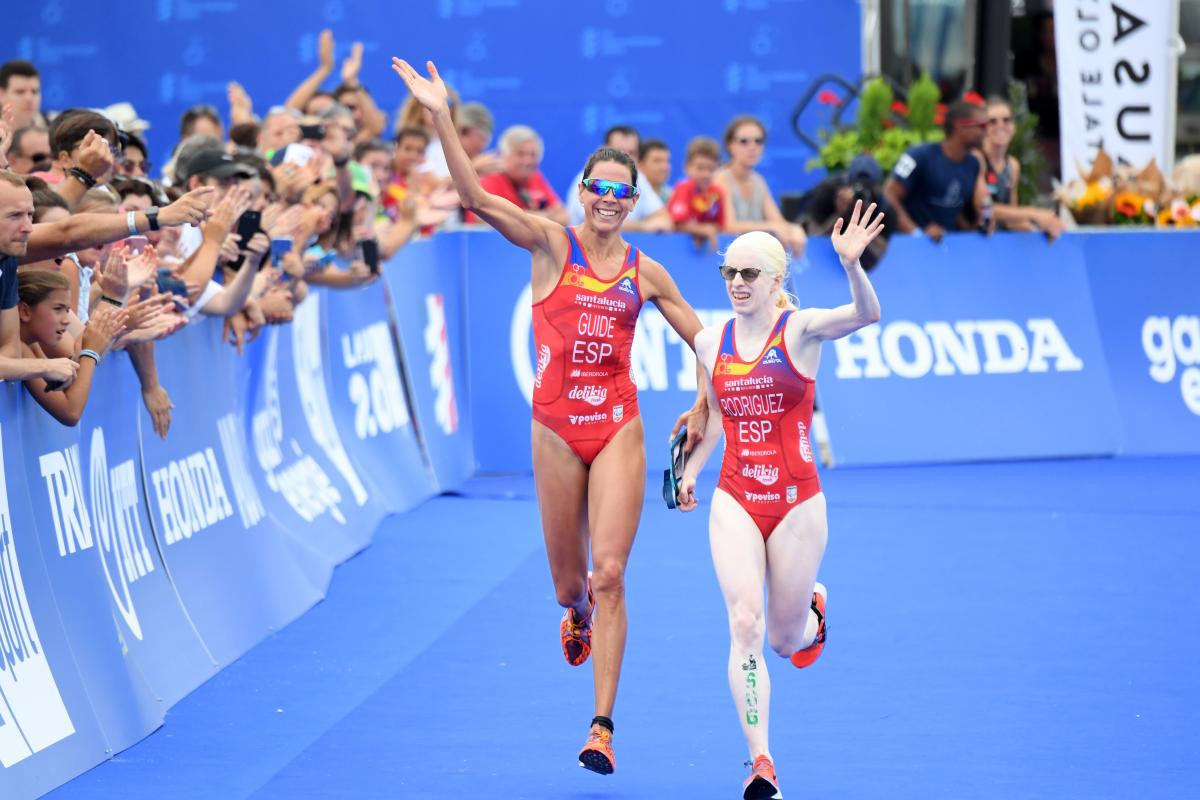 Para triathlete Susana Rodriguez has expressed relief at the postponement of the Tokyo 2020 Paralympic Games as it allows her to focus on her role as a doctor.

Rodriguez hails from Spain, the country with the second-highest number of cases.

According to the latest figures, more than 135,000 people have been infected and more than 13,000 have died there.

The PTVI 2018 and 2019 world champion qualified to be a doctor just before the Rio 2016 Paralympics, where she finished fifth.

She specialises in rehabilitation and has been heavily involved with coronavirus patients who have completed treatment.

Having travelled to work with a colleague who later tested positive for the virus, Rodriguez was also in self-isolation for 14 days but still continued to work from home, providing consultation for patients over the phone.

Rodriguez has expressed relief regarding the postponement of Tokyo 2020 to 2021, with the 32-year-old able to focus on healthcare instead.

"People used to ask me if I preferred sport or medicine, and I always didn’t know what to answer, although sports is my passion," she said.

"Now though, healthcare is the most important thing to all of us.

"Every morning I see people dying and it’s going to get worse.

"I was really waiting for the news of the postponement to come out because I thought the Paralympic Games could not be celebrated in the middle of a world with such a big public health problem at the moment.

"It confirms for me that, behind sports, there is humanity.

"When we get there, those Games will be very special and we’ll celebrate them in an environment of health, freedom and peace for all."

Rodriguez also revealed that she would keep working to compete at the rescheduled Paralympic Games.

"You give so much to sport and keep working and training hard for the mind and body for four years.

"I’ve also had some other health problems to deal with but I keep training and working hard.

"My aim is the same - to be the best triathlete and athlete I can be in Tokyo and I have not stopped a day to work towards that.

"But now though, I can focus also on helping at work.

"The situation in Spain is devastating and I feel the cooperation of all of us is a must right now."

The Tokyo 2020 Paralmypics have been postponed to August 24 to September 5 in 2021 due to the worsening of the coronavirus pandemic.

More than 1.2 million people have been infected worldwide, with more than 70,000 deaths.