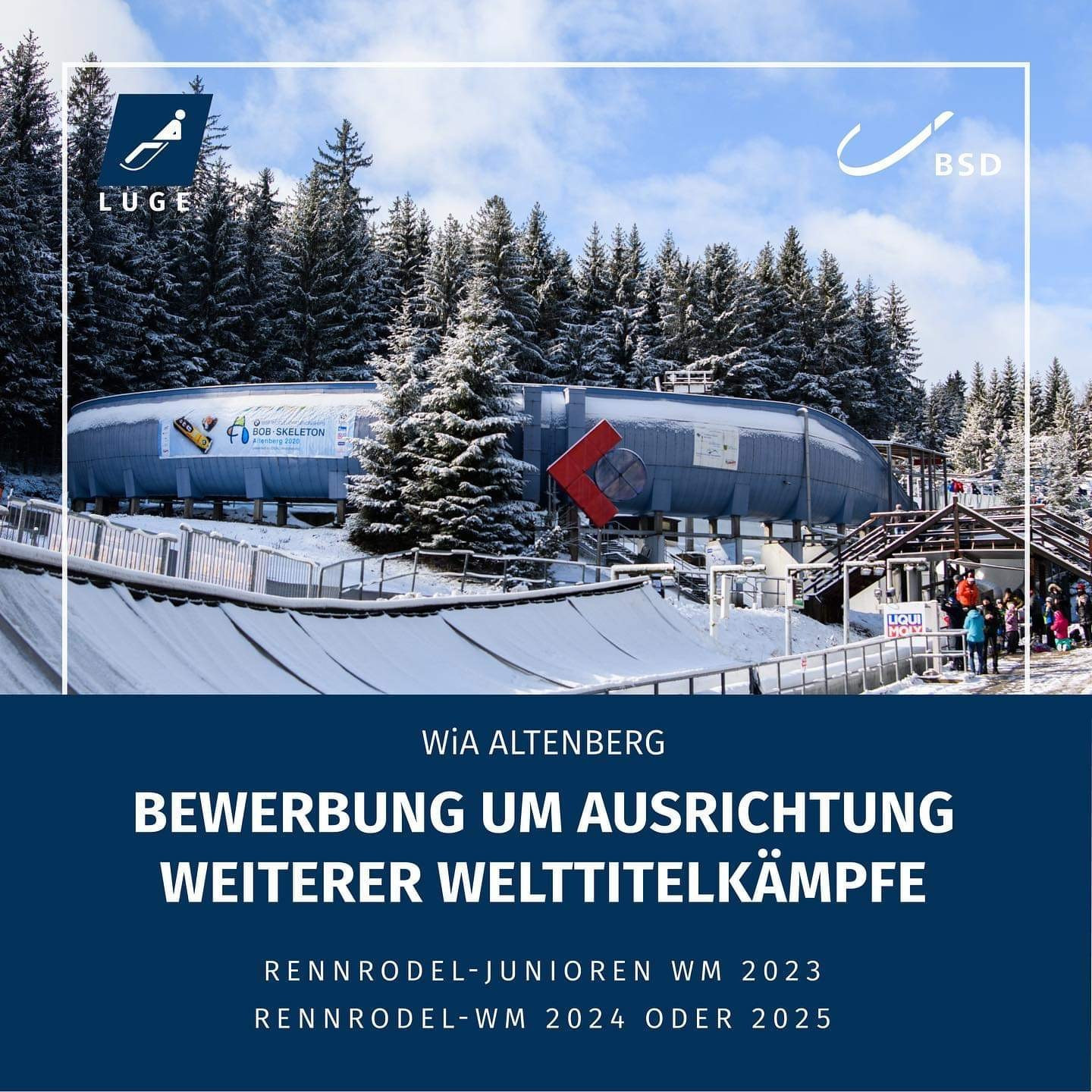 Altenberg will bid for the International Luge Federation World Championships in 2024 or 2025.

The German town's artificial track is one of the best in sliding sports and has previously hosted a number of major events.

The track is also a regular on the World Cup circuit for both governing bodies.

Altenberg's bid for the 2024 or 2025 Luge World Championships will be made in cooperation with the German national federation and the regional body in Saxony.

The town will also bid for the 2023 Junior Luge World Championships.

At this year's IBSF World Championships, more than 25,000 fans attended in Altenberg.

This year's Luge World Championships were held in Sochi in Russia, the host of the 2014 Winter Olympic Games.