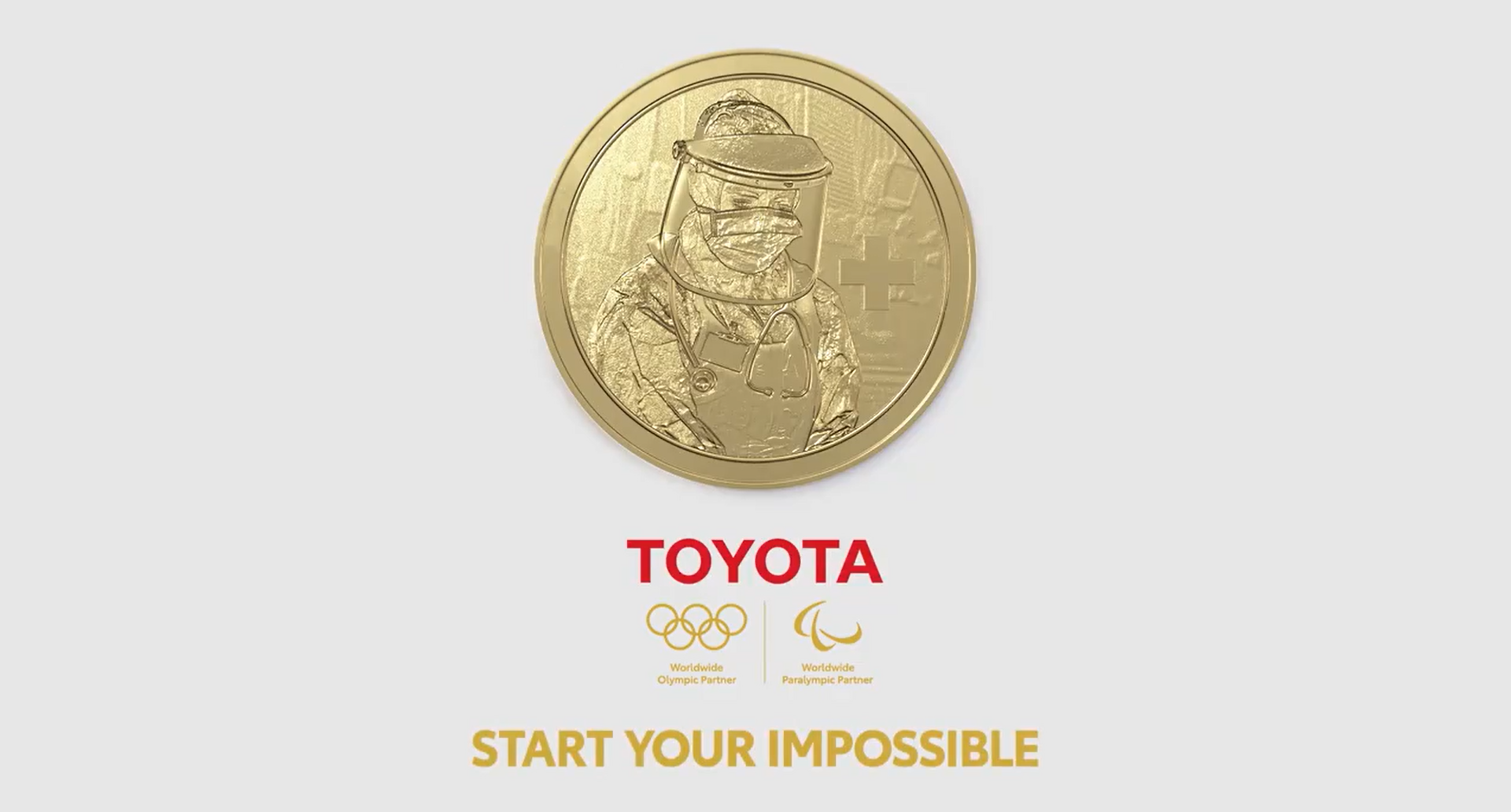 Worldwide Olympic and Paralympic partner Toyota and The&Partnership have produced an advert aimed at highlighting everyday heroes during the coronavirus pandemic.

Toyota say the advert will celebrate frontline workers during the crisis which has led to lockdowns in numerous countries.

The advert called “Heroic Medal” was produced by the London based agency The&Partnership, with the aim of thanking the everyday heroes and highlighting how they deserve medals for their work.

"Postponing the Olympic and Paralympic Tokyo 2020 Games to next summer was a necessary decision in the current challenging corona times,” said Dario Giustini, Head of Brand Communications at Toyota Motor Europe.

"With this campaign, Heroic Medal, we want to celebrate the frontline workers across Europe who are fighting the coronavirus and express our big gratitude for their extraordinary dedication and spirit.

"They are the true heroes of this hour and deserve a special medal."

Let's celebrate the front line workers 👏👏#ThankYou from all of us pic.twitter.com/qbCEEDkGzq

The advert will be shown on its social media channels, as well as being supported by print, digital and social execution across the car manufacturer’s European markets.

The video was directed and produced remotely.

“There will be no Olympic medals this year, but there are plenty of frontline heroes out there who deserve a gold one,” said Andre Moreira, executive creative director of The&Partnership.

“We felt Toyota, as official Olympic and Paralympic sponsor, had not just the right but the duty to celebrate and award them.”

The coronavirus pandemic, which caused the postponement of the Olympic and Paralympic Games, has caused over 242,000 deaths.

Over 3.4 million cases have been reported worldwide since the outbreak began.