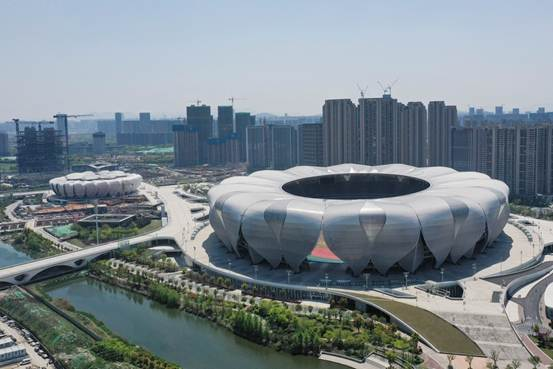 Olympic Council of Asia (OCA) Advisory Committee held a meeting to outline the latest developments with upcoming multi-sport events on the continent.

The OCA confirmed the entry deadline for National Olympic Committees to the Asian Beach Games in Sanya had been extended to May 30.

A Chef de Mission seminar is provisionally scheduled to take place on July 20.

Should it not be possible due to the coronavirus pandemic it will be held by a video conference.

The Games are scheduled to take place from November 28 to December 6 in Hainan Province in China, with 17 sports and 93 events on the programme.

The host city contract for the Asian Indoor and Martial Arts Games was signed online.

Bangkok and Pattaya in Thailand are due to host the event in 2021, with dates yet to be confirmed.

The event could potentially begin on either the first week of April next year or the third week of May.

A total of 24 sports would feature on the programme, with the event likely to form part of the build-up to the rescheduled Tokyo 2020 Olympic Games.

The OCA also confirmed a sport programme has been finalised for the 2021 Asian Youth Games in Shantou, while a host city contract is expected to be signed with Tashkent in Uzbekistan for the fourth edition of the Games in 2025.

An OCA Coordination Commission meeting for the 2022 Asian Games in Hangzhou has been postponed, but will be held when the coronavirus pandemic eases.

The pandemic had also delayed construction work but organisers say building has resumed, with the aim of completing 85 per cent of venues by the end of 2020.

The advisory committee also noted the launch of the emblem for the 2026 Asian Games in Aichi-Nagoya was released in March, along with the acknowledgement that Qatar’s capital Doha and Saudi Arabia’s capital Riyadh were confirmed as bidders for the 2030 Asian Games.